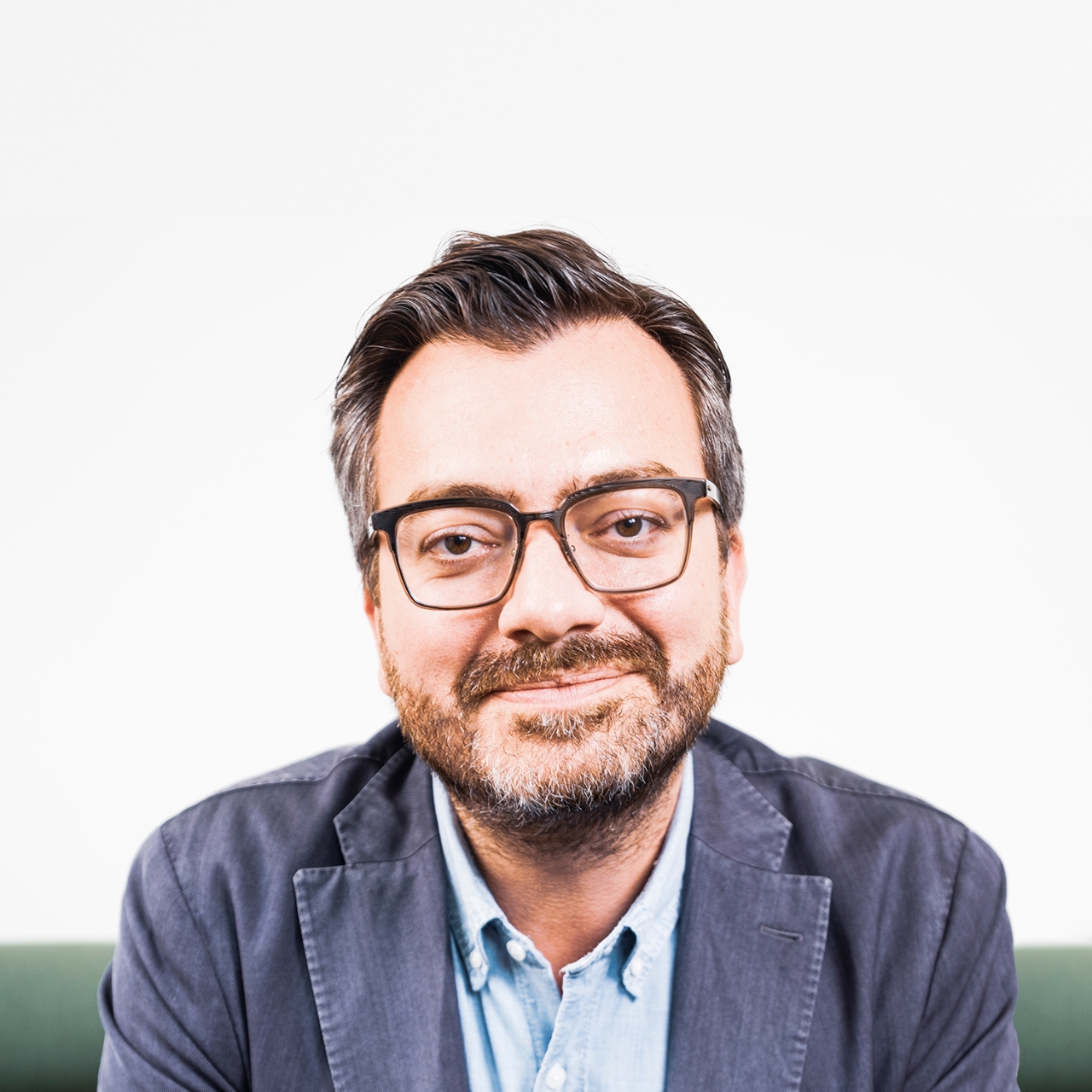 Benedikt Göttert is a Managing Partner at the House of Communication Berlin and has managed the Serviceplan Group’s range of creative products in the German capital since being appointed Location Head in 2017. In the preceding ten years, he led Serviceplan Berlin as its creative managing director alongside co-founder Jörg Ihlau. Under Benedikt Göttert’s leadership, the agency – which initially specialised in political and societal communication – has expanded to become the fully integrated House of Communication Berlin. In this period, the location added expertise in content, digital affairs, corporate affairs, sustainability, shopper marketing, media, branding and FMCG. Benedikt Göttert’s career as a copywriter and recipient of numerous national and international awards started when he worked as a freelance journalist alongside his studies in German literature, history and West Slavic philology in Tübingen. He launched his advertising career at McCann Erickson Warsaw and Scholz & Friends Berlin, where his portfolio included the advertising and affinity campaign for Baden-Württemberg (“We can do anything. Except speak Standard German.”) – to date, the most successful campaign of its kind. Benedikt Göttert’s in-depth experience spans corporations and associations in politics and in the media, health and transport industries. He took the lead on numerous creative campaigns, such as the German Bar Association, Appel Feinkost, AOK, ARD & ZDF (German public broadcasting), Initiative Neue Soziale Marktwirtschaft as well as for political institutions, including the German Chancellery, the German Bundestag and various federal ministries. As Location Head of Serviceplan Berlin, Benedikt Göttert is responsible for innovations, strategic partnerships and the corporate expansion of the House of Communication Berlin. 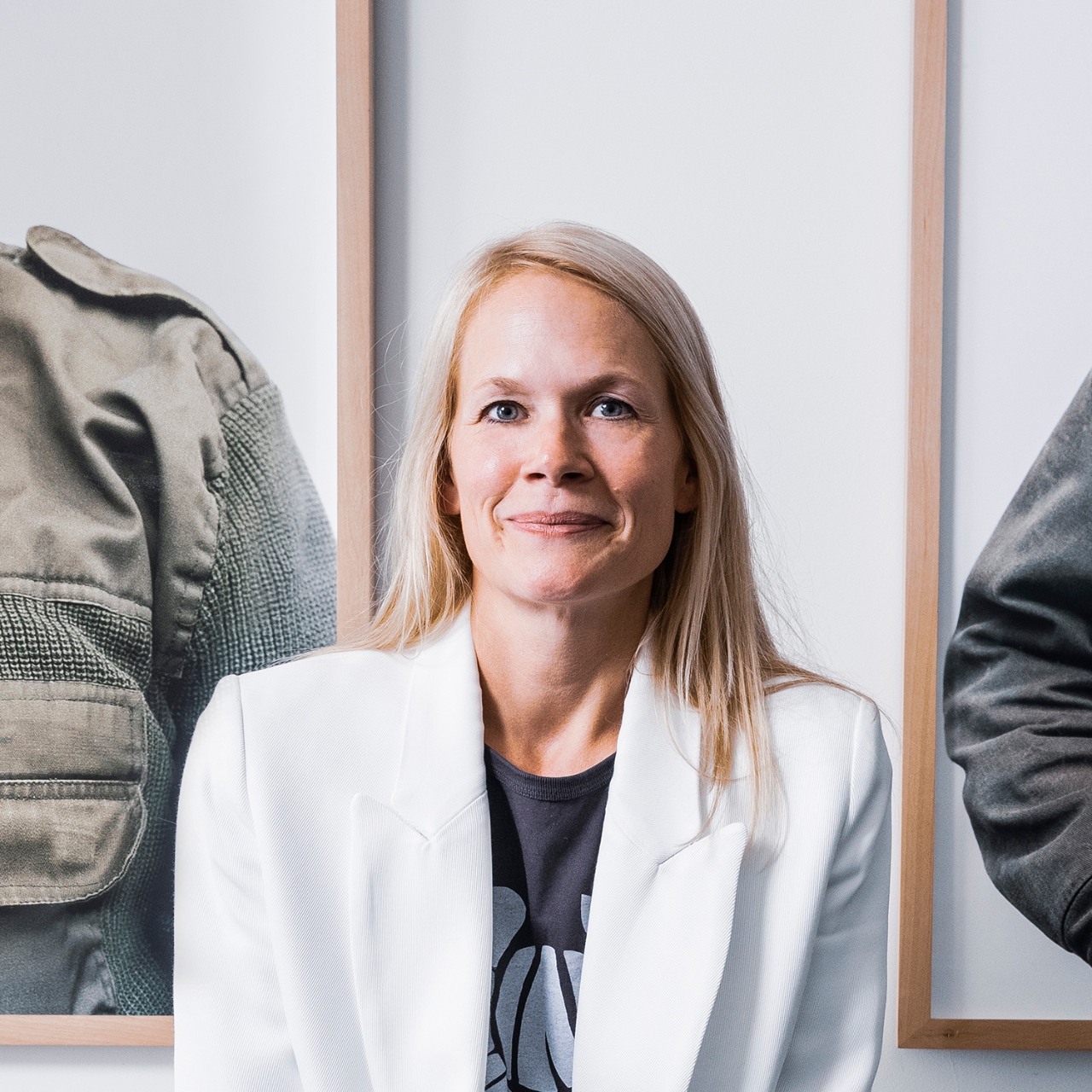 Tess Göttert is the Head of Human Resources and a General Manager at the House of Communication Berlin. Originally from Hamburg, Tess Göttert has worked as a strategist for agencies and clients, running multifaceted integrated communications campaigns for private sector companies and for the public sector. Before co-founding and expanding the Serviceplan Group’s location in the German capital, she was self-employed as a managing partner at her agency Goldfisch Berlin. Since 2014, she has been responsible for internal processes at the House of Communication Berlin and advises management on strategic expansion. As Head of Human Resources, Tess Göttert is responsible for HR guidelines within each of the agencies that are represented at the Berlin location. In her work, she focuses on creating an environment where every staff member feels appreciated so as to achieve the best results for our agencies and clients. Within the Serviceplan Group, Tess Göttert sets a new standard for innovative HR and for modern and agile work techniques while supporting more than 170 employees at the House of Communication Berlin as they face the challenges of the digital age. 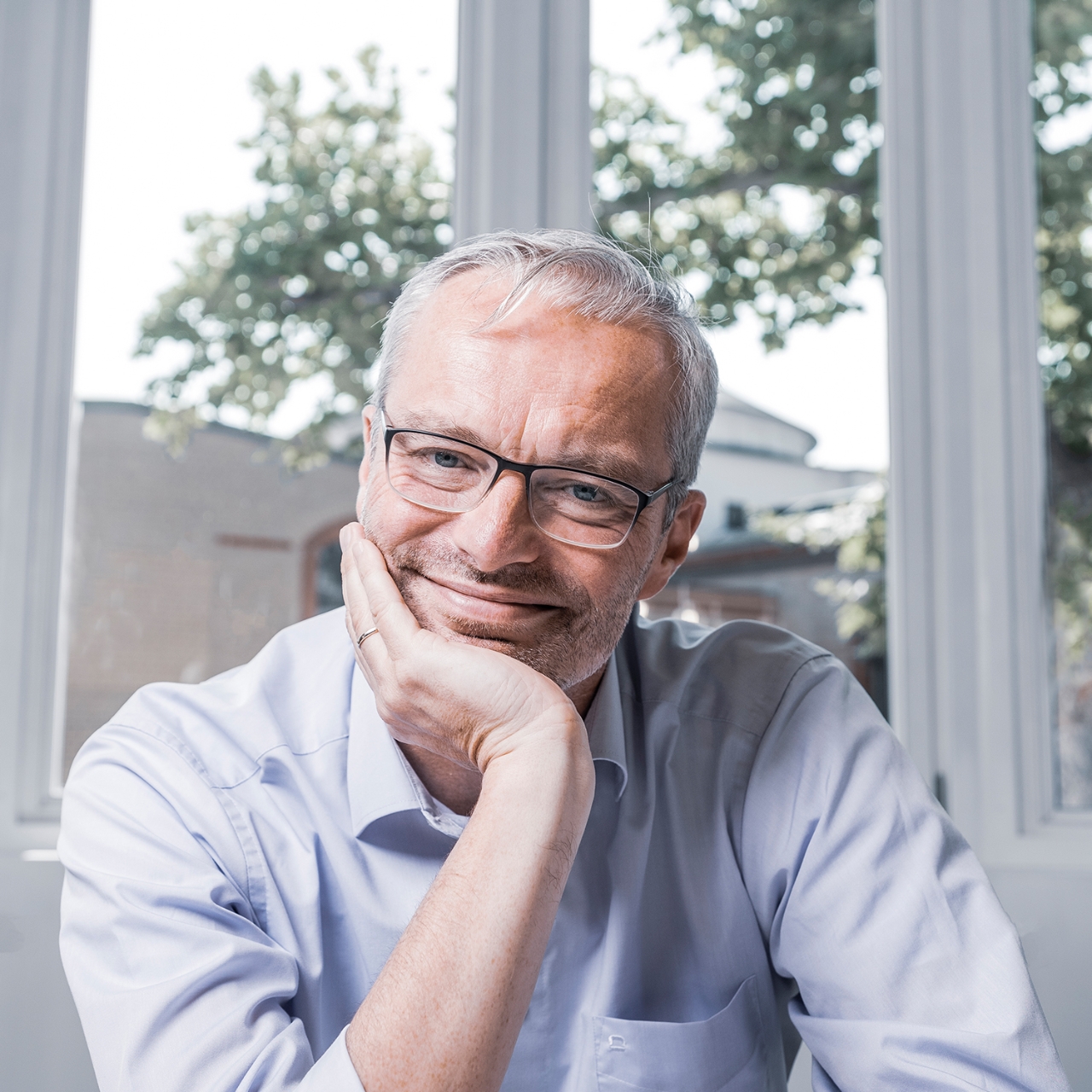 Jörg Ihlau is a Managing Director at Serviceplan Reputation and an expert on political communication for public enterprises, associations and institutions. Over 25 years ago he started his career as a spokesman for the Federal Ministry of Environmental Planning, Building and Construction and Urban Development. He joined Serviceplan Berlin in 2007 and since then, has acted as the strategic and consulting lead in the development and implementation of integrated topic-driven campaigns, working for, among other clients, the Federal Ministries of Transport, Economic Affairs, the Interior and Finances, the German Statutory Pension Insurance Scheme (Deutsche Rentenversicherung) and the Association of German Chambers of Industry and Commerce, as well as Customs, the German Federal Police and the German Bundestag. Jörg Ihlau has an extensive political network and is highly experienced at communicating complex and politically sensitive topics, supporting industry in reaching target groups in politics as well as supporting policy-makers in impacting the general public.

Christoph Kahlert is an expert for strategic communications, corporate communications and corporate marketing. Working with over 60 interdisciplinary colleagues, he modernises organisations’ understanding of corporate values and their attitudes, and develops creative communications programmes and campaigns that expand and protect their reputations. His clients include companies, family businesses and public institutions. Christoph Kahlert co-founded the Sustainability Image Score (SIS), the only consumer study on sustainability image management for companies and brands in the German-speaking countries, as well as the Corporate Score (CRS), which evaluates corporate reputation measures. Prior to being appointed Managing Partner in 2017, he held positions as a team leader and general manager for six years, building up the corporate reputation division within the Serviceplan Group. Christoph Kahlert has held positions as Senior Advisor and Visiting Lecturer at Zeppelin University and was a Visiting Scholar at the Graduate Center, City University of New York, and Humboldt University, Berlin. His research on “family business as a brand” has been published in, among others, the Journal of Family Business Management and the International Family Enterprise Research Academy. 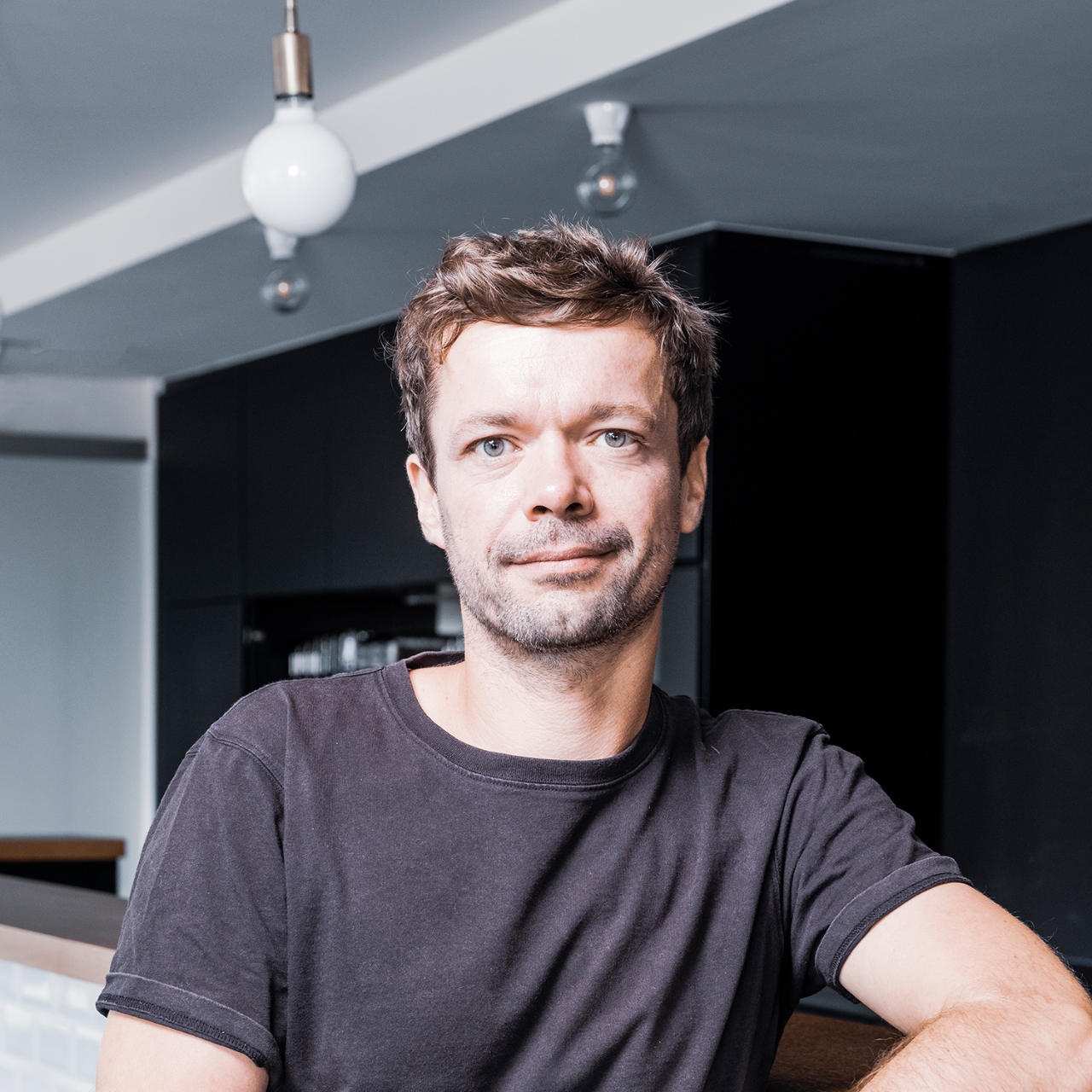 Frank Meinke is responsible for digital matters at Serviceplan Reputation. He focuses on creative content and social media marketing. He has been immersed in communications for 15 years. In 2009, he developed and implemented the project “Mach dein X!” (“Make your X!”) for the German Bundestag, which was the most successful YouTube contest in the German-speaking countries to date. His project Tweebate.de added a new platform to the political side of Web 2.0 and was praised as “democracy in its purest form” by the trade journal c’t. He received multiple awards for the viral hit “The guy who cut everything in half” [LINK], which made headlines in 151 countries. Frank Meinke works for a broad spectrum of clients in the public sector and in industry. Examples include AOK, Berliner Verkehrsbetriebe (BVG), the German Federal Police and Germany Trade And Invest. 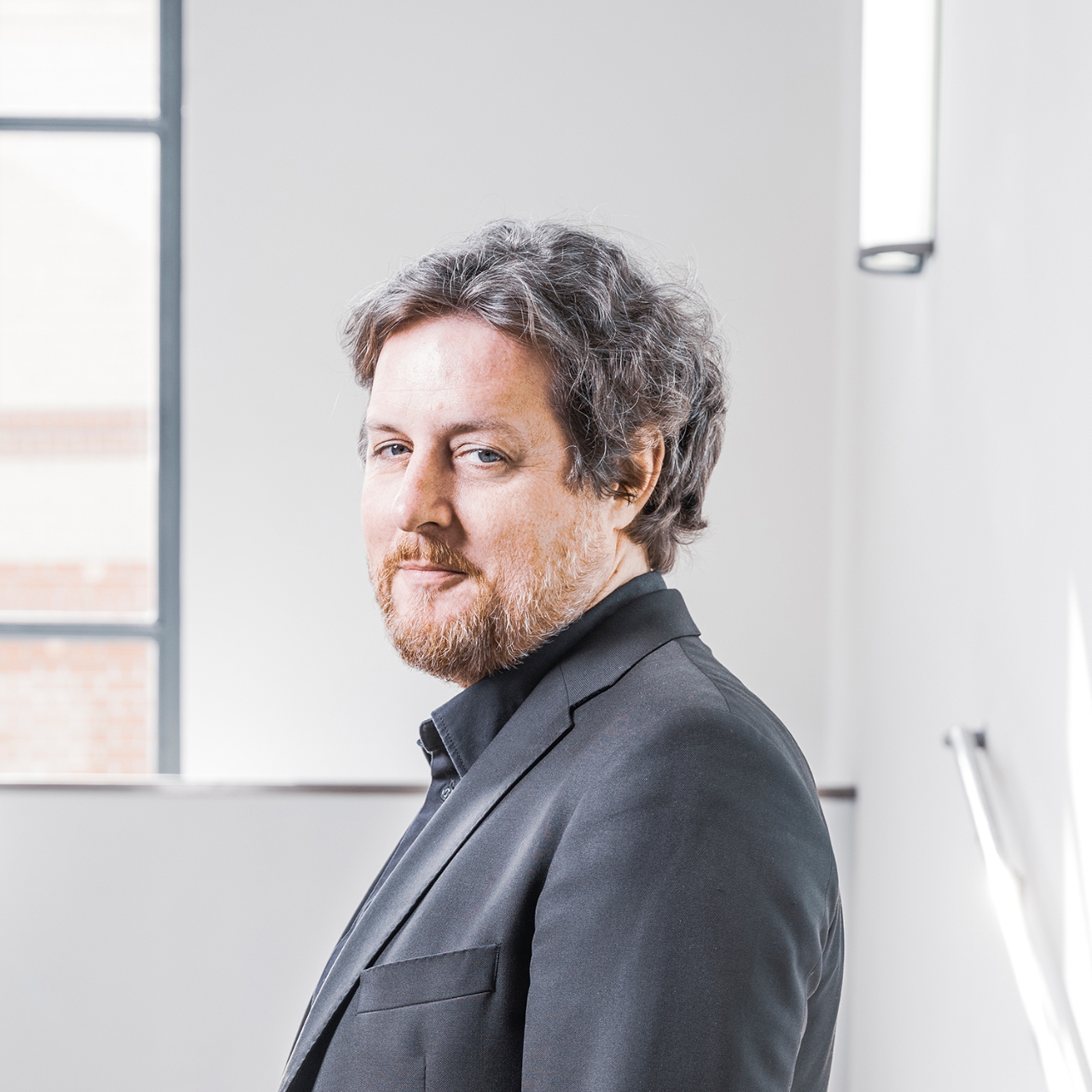 Myles Lord is the creative lead and co-founder of Serviceplan Campaign Berlin and specialises in global integrated campaigns for international clients. Myles started his career in advertising in Cape Town and moved to Germany in 2003 for positions as managing director at Heimat and DDB before joining Serviceplan in 2017. He has won over 400 international awards so far for his work for clients in the automobile, communications, FMCG and consumer brand industries. At Serviceplan Campaign Berlin, he is responsible for, among other clients, Ferrero, AOK, Das Erste and BVG. 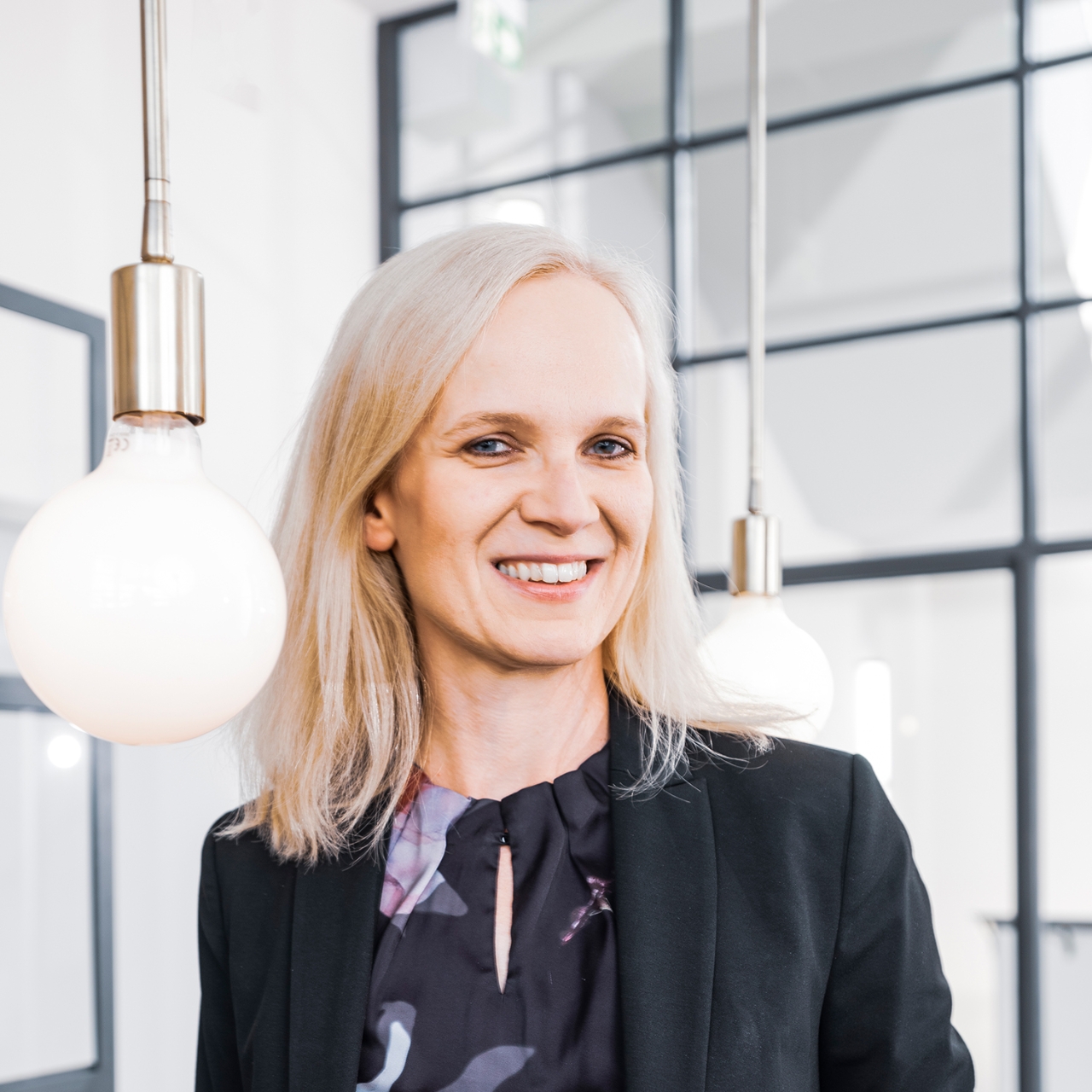 Elke Reibetanz is the Managing Director of Mediaplus Berlin. She specialises in developing bespoke media strategies which involve communication experts from creation to PR from the outset, ensuring that media reach target groups both efficiently and effectively. Elke Reibetanz has over 15 years of experience as a strategy consultant for advertisers in various industries and in developing and implementing regional, national and international media campaigns. For PHD International she developed cross-medial B2C and B2B media strategies for companies including BOSCH, Bridgestone and HUGO BOSS, which she coordinated in over 30 countries worldwide. In her role as account manager for the LVMH Group’s German media budget, she was responsible for clients including global brands in the fashion & beauty, watches & jewellery and wines & spirits segments. Before joining the Mediaplus Group, Elke Reibetanz was responsible for business development on the board of Bauer Advertising KG. At Mediaplus Berlin, Elke Reibetanz and her team are responsible for, among others, the pan-European, cross-medial media campaign for Germany Trade And Invest, the political communication campaign for Airbnb Germany and the awareness campaign for the medical non-emergency helpline 116117, launched by the National Association of Statutory Health Insurance Physicians (Kassenärztliche Bundesvereinigung, KBV).