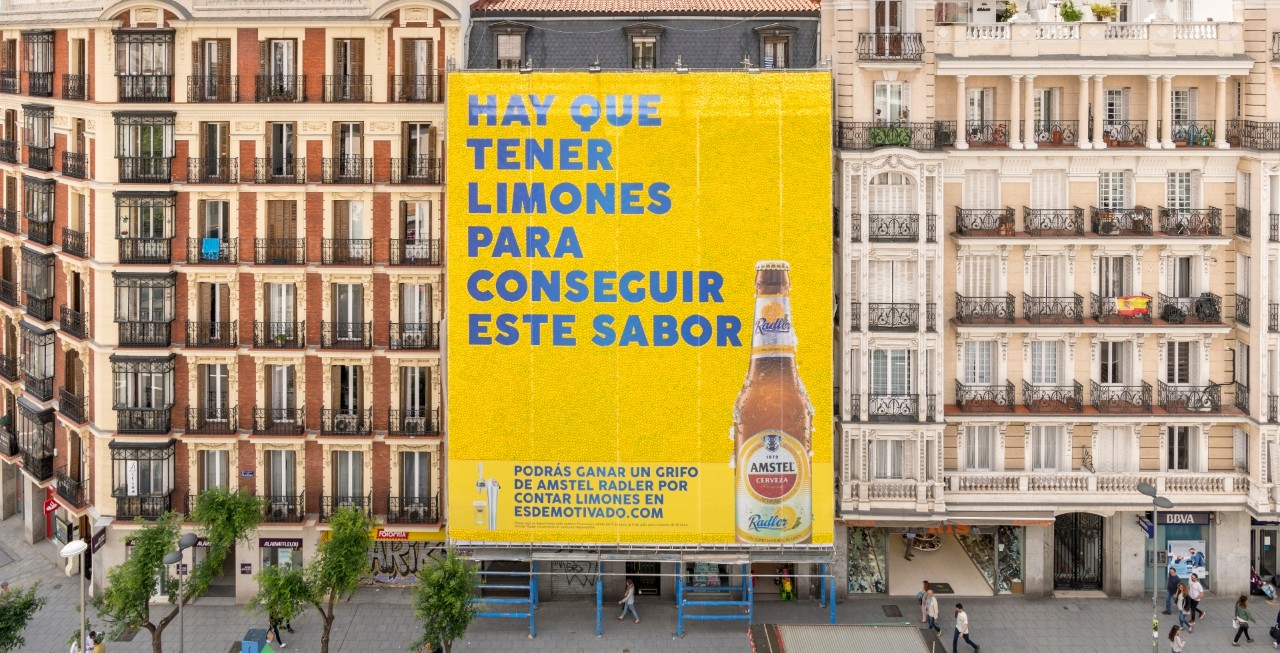 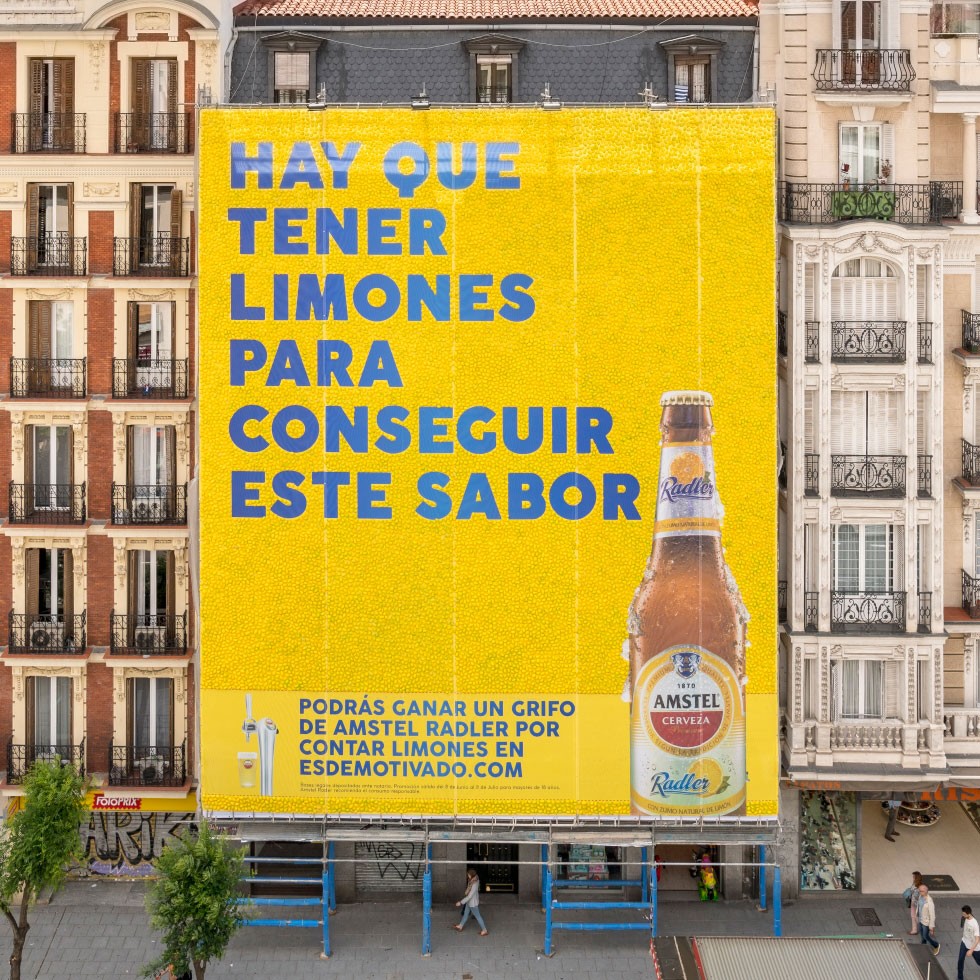 A popular new Amstel Radler campaign from Publips Serviceplan has sparked huge national debate, with a giant outdoor canvas erected in central Madrid inviting people to guess the number of lemons used to make it.

A 238m² canvas made of real lemons was put up during the summer on Calle Fuencarral, one of the most central streets in Madrid, and posed a challenge for passers-by: to guess the exact amount of lemons used to create it. The outdoor activation was conceived by Publips Serviceplan for Amstel Radler, in a continuation of the “It all starts with a doer” campaign.

More than 5,500 people entered a competition on www.esdemotivado.com to guess the number of lemons, with 10 people getting the correct number and 35,575 visitors to the website during the competition with a prize of a year’s supply of Amstel Radler.

Titled “You can’t get this taste without lemons” (“Hay que tener limones para conseguir este sabor”), the canvas is a new twist on Street Art, and puts the spotlight on the natural juice that gives Amstel Radler its perfect and refreshing balance. This special action by Amstel Radler in Madrid is the culmination of an outdoor campaign set in motion in May with 930 posters in the cities of Madrid, Valencia, Zaragoza, Alicante, Castellón, Salamanca and Guadalajara. In Madrid, the campaign also featured a digital circuit in which a series of fun animations highlighted the product characteristics, which offered passers-by the chance to take home an Amstel Radler. Publips Serviceplan worked with Media Agency Dentsu RedStar on the activation.

No brand campaign has ever featured a giant billboard made of lemons, and the innovative campaign continues the theme of Amstel Radler’s 2018 campaign: ‘Bring out the doer that we all have inside of us’.

‘You can’t get this taste without lemons’ is part of a strategy developed for Amstel by Publips Serviceplan, which forms a part of the new communication platform, “Unchain the Great”. Amstel Radler encourages its consumers to take a fresh perspective on things with the tagline: “Be refreshed and unchain the great”.