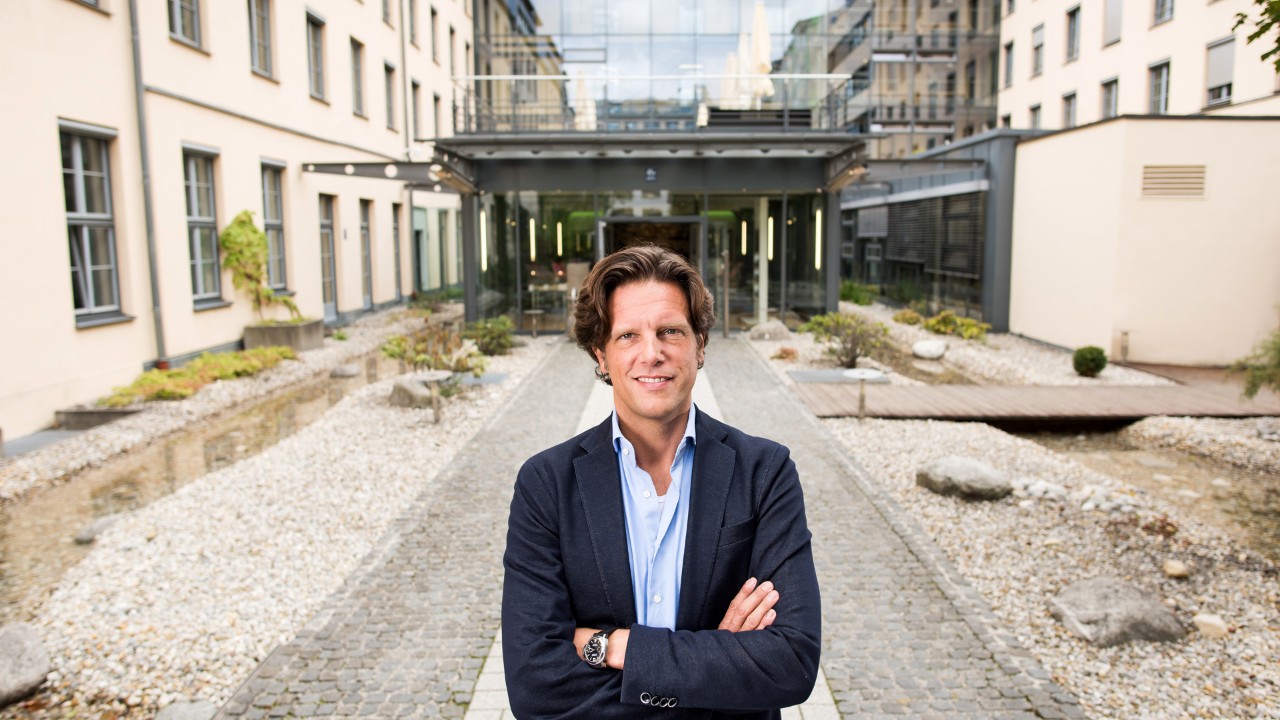 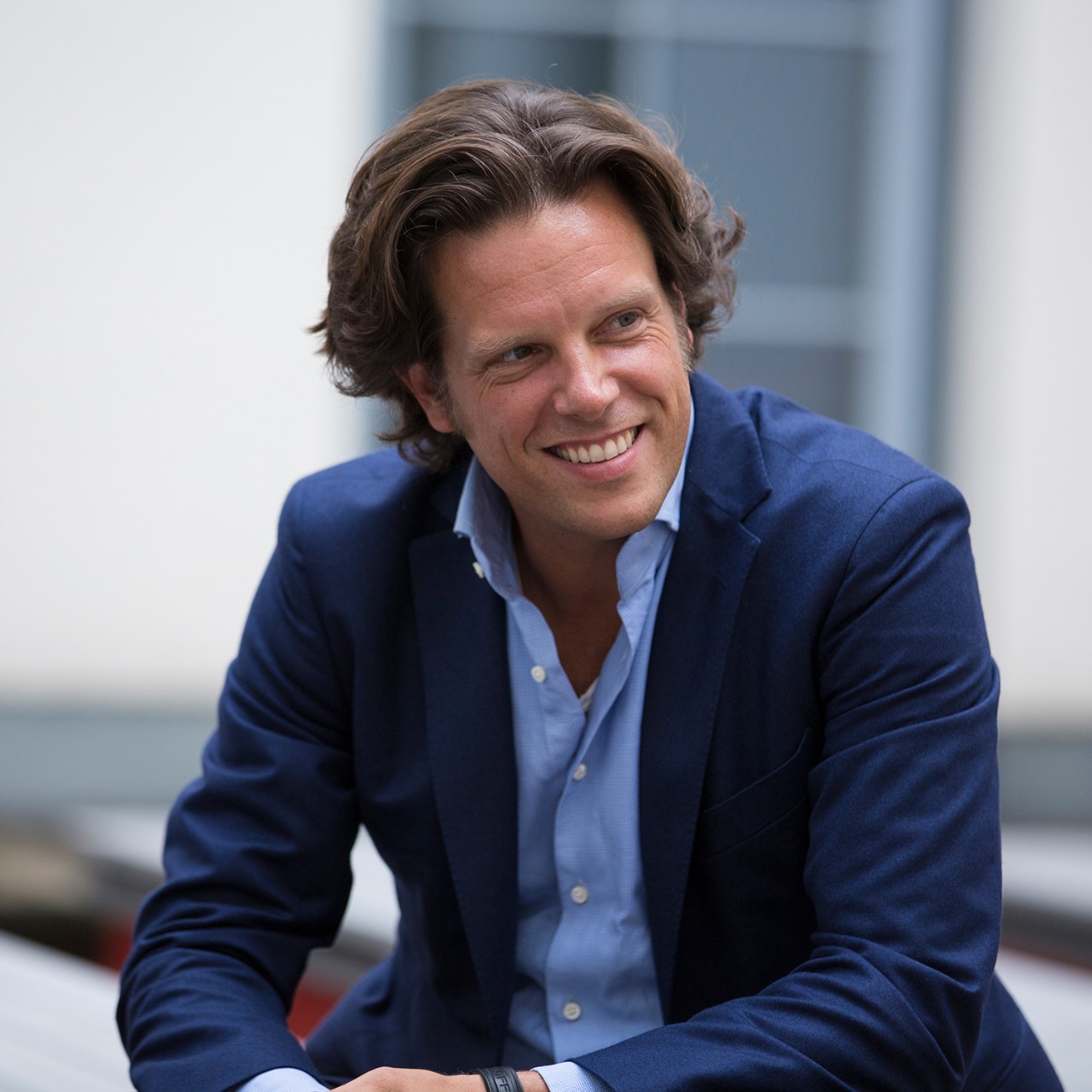 The Serviceplan Group closes the 2012/2013 financial year successfully with an increase in sales of 7.4 per cent and agency fees of EUR 218 million

The Serviceplan Group has closed the 2012/2013 financial year with an increase in sales of 7.4 per cent and generated agency fees of EUR 218 million. This means that Europe's largest independent communications agency was well above the industry average again this year.  In total 120 new jobs have been created over the past year: the Serviceplan Group currently has around 1,480 employees. As in the previous year, in addition to the Group's core disciplines, growth in the international markets - at 37 per cent - has again proved to be the key driving force behind this success.

Munich, 18 July 2013 — In the 2013 Spring Monitor, Germany's advertising agencies viewed the future with optimism. According to GWA (the German association of advertising agencies), advertising and communications agencies were expecting sales to increase by 5.6 per cent. The Serviceplan Group again posted growth above the industry average this year and is today presenting figures for 2012/2013 – its 42nd financial year – which ran from 1 July 2012 to 30 June 2013. The balance sheet shows single-digit growth of 7.4 per cent. The Group recorded gross income (fees and commission) of EUR 218 million (2011/2012: EUR 203 million). Billings (volume of advertising accounts managed excluding media purchasing) rose to EUR 1.45 billion (2011/2012: EUR 1.35 billion), once again passing the one-billion mark. Staffing levels were also further increased over the past financial year: the agency currently has 1,480 employees – just under nine per cent (8.8%) more than the 1,360 employees on its books in the previous year. Sales per head came in at EUR 147,000, down slightly by 1.3 per cent on the previous year (2011/2012: EUR 149,000). In the past financial year, international sales amounted to EUR 16.9 million - up 37 per cent on the previous year’s EUR 12.3 million.

Florian Haller, CEO of the Serviceplan Group, comments on the result: "In the past financial year, we took further key steps towards our vision of becoming the world's first integrated and innovative agency group. I am delighted that we are not only enjoying continued success in Germany but that we are also achieving steady growth abroad, in particular. This result confirms the Serviceplan Group’s position as the top owner-managed agency in Germany.

The impressive growth was due largely to the expansion of existing client business and the acquisition of a number of new clients and new accounts across all the various brands, agencies and international locations of the Serviceplan Group – including the accounts of Lufthansa, OBI, Deichmann, Redcoon, Sky, Gerolsteiner, O2, Senseo, Auchan and Berentzen. The accounts of ZDF, AOK and LfA Förderbank were also retained successfully.  The offices abroad also made a respectable and steadily increasing contribution to total sales of some 8 per cent in the past financial year.

This year, the 60th "International Festival of Creativity", the world's biggest communications and advertising festival, was held in Cannes. The Serviceplan Group was again extremely successful, scooping a total of eleven Lions – the Oscars of the advertising industry – including the competition's most sought-after prize, the Grand Prix in the "Design" category, for the second consecutive year. No other agency in the history of the festival has achieved this feat. The prize was won by Auchan's "Selfscan Report", which demonstrates just how sustainable a sustainability report can be.

Alex Schill, CCO of the Serviceplan Group: "This year, we again demonstrated that we can hold our own among the top three agencies in the world. Yet again, we received awards for wonderful work in Cannes and in other places and are proud of our creative and innovative teams in all our offices. To be ranked second among the world's independent agencies is a fantastic affirmation of what we have achieved and an incentive to do even better!"

Serviceplan came home from the New York Festivals (NYF) in May 2013 with ten awards: one gold, five silver, and four bronze. This ensured Serviceplan retained its 2012 title as the most successful German agency at the NYF.

Serviceplan also did very well at the Art Directors Club (ADC): this year, the Serviceplan Group won a total of 14 Nails at the ADC 2013 - one gold, four silver and nine bronze. Serviceplan received a gold award in the "Print: Innovative Use of Print" category for its "The Daily Abuse" campaign:

Serviceplan Hamburg also achieved another extraordinary success with the idea "Be here - Be there". The idea was chosen by the Bill and Melinda Gates Foundation from among 900 submissions and will receive funding of USD 100,000. If implemented successfully, a further USD 1 million will be awarded. All the money will go into the development of the idea and will be used solely for charitable purposes.

The Serviceplan Group holds first and second place in the creative rankings run by the two most relevant specialist magazines for marketing and communications in Germany, namely horizont and Werben & Verkaufen (W&V). According to the W&V rankings, Serviceplan is the most creative agency in Germany by a margin of 114 points.

Last year, the Serviceplan Group rose to ninth place in global creative rankings The Big Won for the first time. Within the space of only one year, Europe's largest owner-managed agency has shot up the rankings and now occupies third place in these global agency rankings.  Alex Schill also retained his position and remains the best creative director in Germany and the third best in the world.

The other global ranking PIAFYS also regards Alex Schill as the best German creative director and the third best in the world. No fewer than another three Serviceplaners also appear there among the 50 best creative minds.

Dr Peter Haller, founder and Managing Director of the Serviceplan Group, and Florian Haller also received a special prize in March 2013. They were accepted into the German Advertising Hall of Fame, which was established by WirtschaftsWoche in 2001, at a prestigious event in Berlin’s Museum of Communication. Its members - who now total 30 - are drawn from all areas of traditional communication and have had a sustained impact on German advertising with their lifelong achievements and work.

Mediaplus was also honoured yet again, taking home three accolades at the Deutscher Mediapreis 2013 award ceremony – for Best Media Idea in the Radio and Ambient categories, as well as the prize for Best Media Strategy. The media agency from the Serviceplan Group defended its leading position as the most successful agency of the evening and in the history of the awards: with 25 Deutscher Mediapreis awards in total, Mediaplus took home twice as many prizes as its nearest challenger.

At the end of 2012, Serviceplan Suisse with its two managing directors Christian Baertschi and Sacha Moser opened for business. The Serviceplan Group therefore took another important step in its internationalisation strategy and is focusing on its main strengths of creation, digital and media in Switzerland as in all its other offices. Plan.Net Suisse was launched in 2008 as a digital communication specialist combining digital creation and media. In addition to online and media experts, specialists in classic communication will therefore be working in the Swiss branch of Europe's largest owner-managed agency from now on. In July 2013, Serviceplan PR Suisse was added to the range of services.

Serviceplan China also started operating in Beijing in July 2013, headed by Managing Directors Kathrin Güthoff and Roger Strack. In Managing Director Kathrin Güthoff, Serviceplan is bringing in an expert with many years of experience in China. Most recently, during an eight-year period as Executive Creative Director of BBDO Interone China, she was jointly responsible for setting up the agency. The second Managing Director is Roger Strack, Managing Director of Serviceplan Sales since 2005. Carl-Philipp Mauve will take over his position in Munich with immediate effect. Our partner at the new location is the MCON Group, an international IT service provider that focuses on the automotive industry and its marketing, sales and aftersales sectors. The agency group, which has been operating in China for many years, also focuses on the professional services industry, the financial industry and telecommunications.

Serviceplan One has opened an office in Frankfurt with over 30 employees for its new client Lufthansa. The office will be run by Sandro Götz, Managing Director of Service Plan One, in Munich.

Mediaplus took the next step in its development plan in the last financial year. Following the successful restructuring of the Mediaplus Group in 2012, efforts will be focused on internationalisation. With this in mind, the Group has reorganised its corporate and management structure. Volker Helm has been responsible for internationalisation since March 2013. Andrea Malgara, who is also in charge of purchasing, media and research, is acting as spokesperson for the Mediaplus Group.

Business in Germany was also expanded, with the significance of regional media set to increase further in future. The Mediaplus Group reacted to the growing trend in media planning by forming a specialist agency – "Mediaplus Regio" – together with Planus Media. This agency, based in Cologne, is now serving this growing business segment with nine staff, headed by Thomas Bathelt, Volker Helm and Gerd Himmels. WEFRA Werbeagentur Frankfurt® and the Munich-based Serviceplan Group also set up a joint enterprise known as WEFRA Mediaplus GmbH & Co. KG in May 2013. The joint venture is a subsidiary of WEFRA Media GmbH and the Mediaplus Group. The idea is to make the business an important player in the field of B2C healthcare media and establish it as one of the top three agencies in the B2C healthcare segment.

The Plan.Net Group expanded its portfolio in the past financial year with the acquisition of 12snap, one of the most highly regarded agencies in the mobile marketing sector, gaining 40 new staff in the process. In addition to its office in Munich, 12snap's two other offices in Helsinki, which employs five staff, and in Timisoara (Romania), which employs 15, were also acquired by Plan.Net. The Plan.net Group ranked second for the first time in the "Internet Agency Ranking 2013" published by the Bundesverband Digitale Wirtschaft (BVDW) e.V.

The Serviceplan Group will start the second year of its collaboration with Steinbeis University Berlin with more participants. Eight Serviceplan employees will embark on the Best Brands Master course this year, a Master’s degree programme enabling participants to study alongside their usual work.  This offer is still the only one of its kind in the communications industry.

The Serviceplan Group is making its staff more mobile and has launched an innovative, easy to use and sustainable, internal car sharing service "weDrive" in cooperation with the fleet management and leasing service provider Alphabet. A fleet of seven black Serviceplan cars – BMWs and MINIs –  has been available to employees in Munich and Hamburg for both private and business use since September 2012. weDrive is the latest addition to the services the Serviceplan Group provides to its employees alongside offerings such as weSport, weCare and weTravel.

With the "Sustainability Image Score", the Serviceplan Group has this year rated the sustainability efforts of companies from the point of view of the consumer for the third time. HiPP, Miele, dm Drogeriemarkt, Alete, Milupa, Toyota, Bärenmarke, Coppenrath & Wiese, BMW and Audi are the ten companies that currently operate most sustainably from the point of view of German consumers. This is the result of this year's representative sustainability study of more than 8,000 participants, carried out by Facit Research on behalf of the Serviceplan Group.

The Group has also entered into a new partnership in the field of sustainability: Europe's largest owner-managed communications agency and Europe's largest environmental technology award, the Green Tec Award, have been partners since September 2012.

Florian Haller is looking forward to the next steps in the Serviceplan vision: "We are looking towards the future and the next financial year with confidence. In this phase of our internationalisation programme, we are not planning any new offices but rather steady expansion and rapid growth, particularly outside Germany."