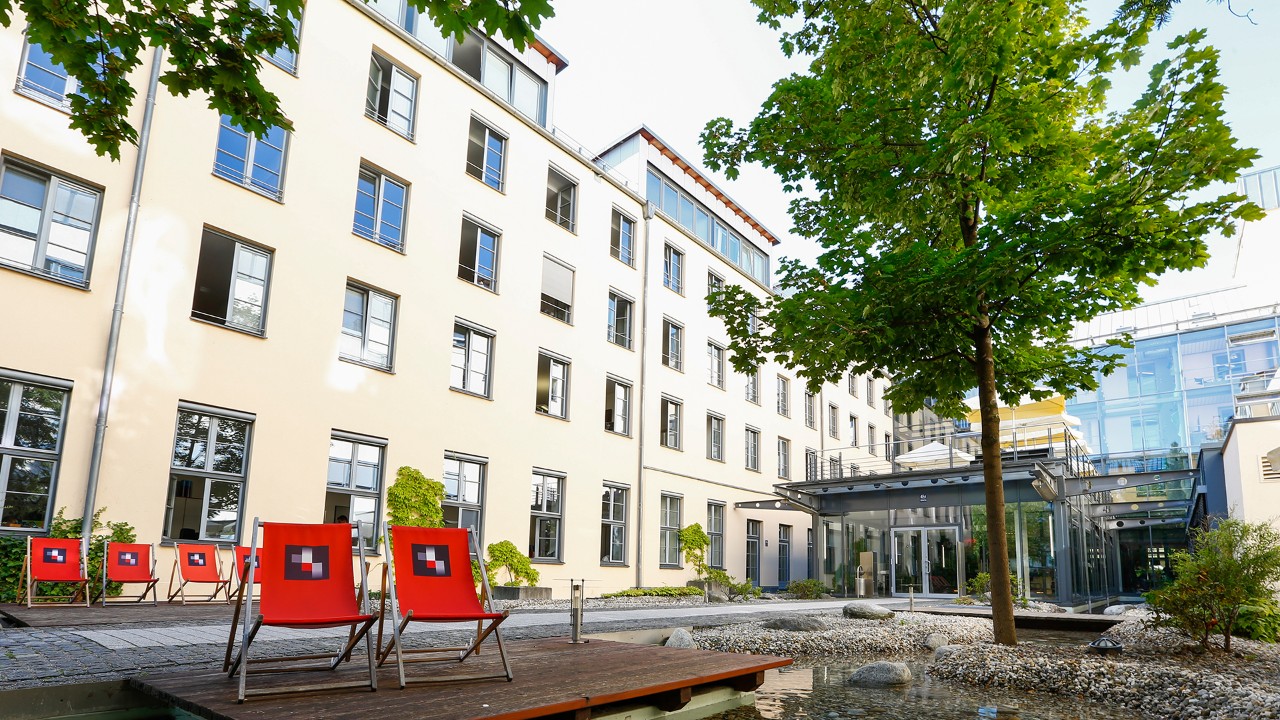 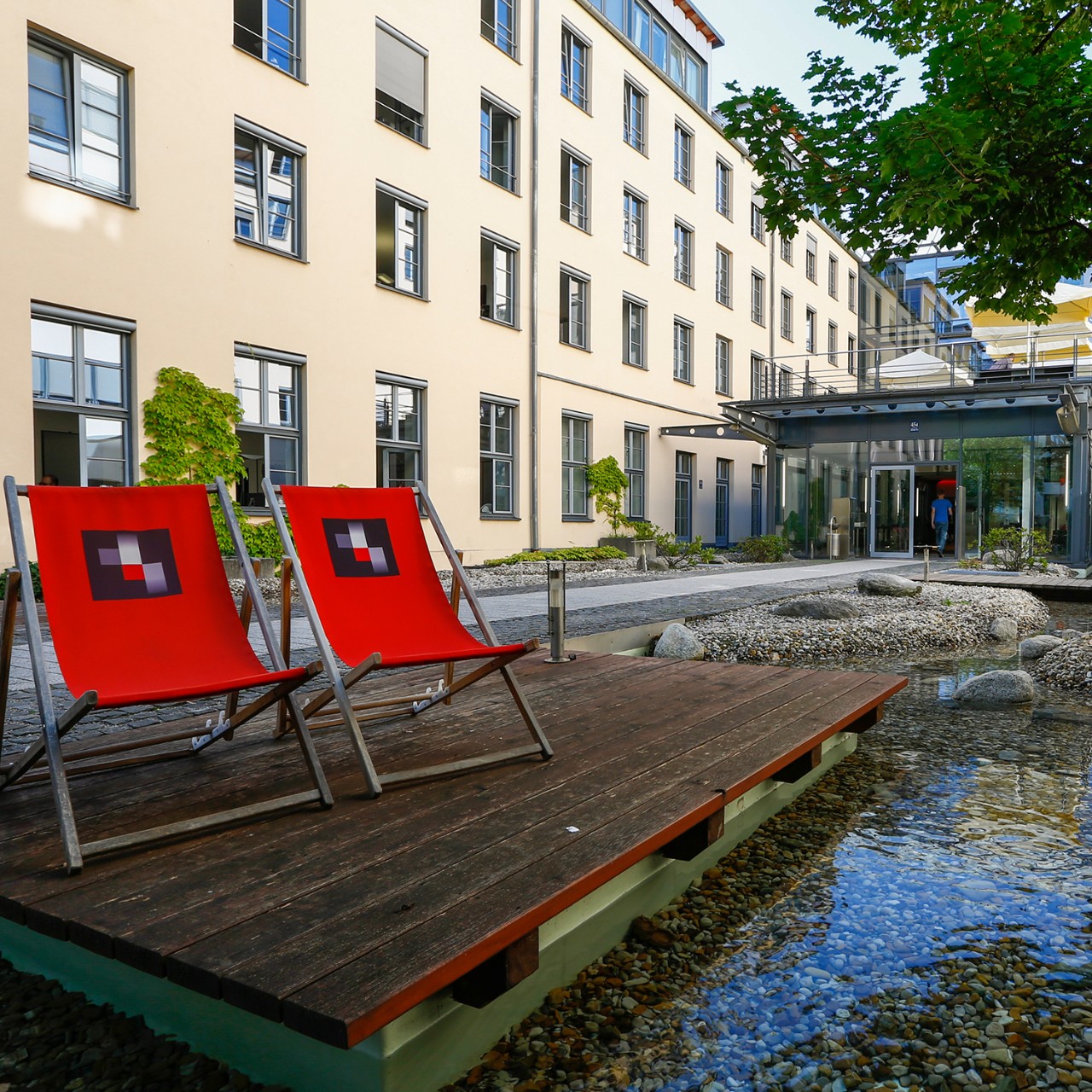 The Serviceplan Group has closed the 2013/2014 financial year with an increase in sales of 16 per cent and generated agency fees of EUR 252 million. This means Europe's largest independent communications agency was well above the industry average again this year and exceeded the quarter of a billion mark for the first time. Nearly 100 new jobs have been created in total over the past year, and the Serviceplan Group currently employs around 1,900 people at home and abroad. Internationally, the Group is expanding exceptionally fast: with growth of 124 per cent, Serviceplan international remains an important driver, as it has been for the previous two years.

Munich, 21 July 2014 — The Serviceplan Group, Europe’s largest owner-managed communications agency, can look back on the most successful 12 months in its history. This is demonstrated by the figures released today for its 43rd financial year 2013/2014, which ran from 1 July 2013 to 30 June 2014. The Group has once again been twice as successful as the bulk of German advertising and communications agencies – who had similarly viewed the future with optimism in the year’s GWA Spring Monitor, with an increase in sales of 7.4 per cent. Turning to the Serviceplan Group’s figures: the balance sheet shows double-digit growth of 16 per cent. The Group recorded gross income (fees and commission) of EUR 252 million (2012/2013: EUR 218 million). Staffing levels were also further strengthened over the past financial year: the agency currently has 1,877 employees nationally and internationally. Another 87 new employees were taken on in Germany, boosting staffing levels by 5.9 per cent. Sales per head came in at EUR 134,000, down by 8.8 per cent on the previous year (2011/2012: EUR 147,000). In the past financial year, international sales amounted to EUR 38 million – up 124 per cent on the previous year’s EUR 17 million. Florian Haller, CEO of the Serviceplan Group, said: “We are very proud of this year’s result. Not only have we seen the most successful financial year in our company’s history, we have also managed to gain over 70 new clients distributed across our brands and locations. We have made great headway over the past financial year, especially on an international level, and have developed exceptionally well. That means we’re now firmly on the way to becoming the world’s first integrated, innovative and independent agency group to come from Germany!”

All divisions within the agency group recorded above-average growth rates. The agencies managed under the Serviceplan brand – who are responsible for integrated campaigns and the special disciplines of merchandising, dialogue, sponsoring and live marketing as well as PR – remain the main contributors to the Group's total sales at 32 per cent (EUR 80 million) (2012/2013: 32%). Serviceplan Solutions – the holding established in 2012 to bring together all of the Group’s realisation services – recorded a result of 11 million, a drop of 35 per cent on the previous year, which is due to two company sales and the closure of Marketing Services. In total, the Serviceplan Solutions brand now accounts for four per cent of total sales.

The second most significant pillar continues to be the agency group for digital communication under the Plan.Net brand (Plan.Net is the second-largest digital agency in Germany), closely followed by Mediaplus – Germany’s biggest independent, partner-managed media agency. Since financial year 2013/2014, the international share has been separated out, so sales now stand at EUR 55 million. That means Plan.Net contributed 22 per cent to the Group's total sales. Adjusting for the reclassification effect of the international sites of the Plan.Net Group as an independent company group would give growth of 41 per cent.

The media agency managed under the Mediaplus brand, which contributed 21 per cent to the Group's total sales, increased its sales by almost 13 per cent to EUR 53 million. The Serviceplan Group’s two independently operating brands Facit – the market research subsidiary of the Serviceplan Group – and the agency group Saint Elmo's together posted sales of EUR 15 million, thereby contributing six per cent to the Group's total sales.

The impressive growth was due largely to the expansion of existing client business and to the acquisition of over 70 new clients and accounts nationally and over 100 new clients and accounts internationally – including the accounts of Hülsta, Walt Disney, Vaillant, Friendscout24, Samsonite, Thomas Cook, Ikea and Danone. With a 15 per cent share of overall sales, the offices abroad also made a substantial and steadily increasing contribution to total sales in the past financial year.

Serviceplan took the number one spot for the first time ever in the 2013 creativity rankings produced by specialist magazine Horizont and also defended its position at the top of the W[&]V rankings, which it had secured the previous year. Serviceplan also came first in the Red Box ranking at the end of 2013. In the past financial year, the Group achieved success in both national and international competitions with its campaigns for BMW, Lego, Sky Deutschland and Italian customer Auchan.

Alexander Schill, CCO of the Serviceplan Group, said: “We are proud of this result. We are particularly pleased that the work we have done both nationally and internationally for our key customers has resulted in such creative success.”

Serviceplan won 20 Nails at the 2014 ADC Festival – the biggest gathering of the creative industries in the German-speaking countries.

In appointing a high-calibre, international creative team, the Serviceplan Group has taken an important step towards creating the first integrated and independent agency group to come from Germany, but which operates at an international level. The 20-strong team has been working together since October 2013 under the leadership of Alex Schill and Maik Kähler, Executive Creative Director Worldwide. It is responsible for the Group’s global BMW account and also acts as a link between more than 30 existing sites. The 20 members of the team are German and international creative professionals, strategists, consultants and producers and are based at the House of Communication in Hamburg. Not only does the team work at an international level, it is truly international in its make-up, with the following nationalities represented: Algerian, Bolivian, Brazilian, Chilean, Chinese, Greek and Canadian.

The Mediaplus Group also continues to maintain its position at the forefront of creativity: the most prestigious prize in the German media industry – the Deutscher Mediapreis – was awarded for the 16th time in March 2014. The Mediaplus Group once again defended its top position as the most successful agency in the history of the awards. With 26 awards in total, Mediaplus has taken home twice as many prizes as its nearest challenger.

Serviceplan international on course for success: best brands goes to China and new Houses of Communication are created in Europe

The Serviceplan Group has achieved a number of relevant international milestones in the last financial year. Serviceplan has upped its share in Liquid Campaign to over 50 percent, which means that the offices in Korea, India and Russia have appeared on the market under the Serviceplan umbrella since September 2013.

Brussels has been home to the latest House of Communication since May 2014. With the opening of this office, all the sites in Europe have now been established according to the Serviceplan Group concept for success, with the three brands Serviceplan, Mediaplus and Plan.Net. More Houses of Communication are planned for outside Europe.
best brands, which celebrated its tenth anniversary last year, celebrated its first ever international premiere with best brands China. best brands, a model which has enjoyed eleven years of success in Germany, is now being rolled out in Shanghai by Serviceplan and GfK. Based on a study conducted in the "Middle Kingdom", the first best brands awards outside Germany were given out in seven different categories to the most successful Chinese brands.

Markus Noder, Managing Director of Serviceplan International, said: “We have enjoyed a record year internationally! Not only have we made strategically important progress by establishing new offices and completing the Houses of Communication in Europe, we have also been able to close the year in a fitting manner with over 100 new international projects and growth of nearly 125 per cent, and will of course celebrate this success together with the team.”

There is also a new Serviceplan office in Germany. On 1 July 2014, the Serviceplan Group integrated Liquid Campaign Cologne and its ten employees even more closely into the agency group, thus giving it an active presence in western Germany too, under the name Serviceplan Cologne. As well as its full-service offering, the agency specialises in HR communications and international B2B communication. Martina Marzahn will be Managing Director of the Cologne office.

Mediaplus closed the 2013/2014 financial year successfully. With double-digit growth, the Mediaplus Group grew eight times faster than the market and also acquired numerous new clients, including Deichmann, Thomas Cook and Rügenwälder Mühle. The media agency introduced a new event format called the "17-hour academy” in which the topics of Big Data and second screens were discussed with key figures from the industry.

Andreas Fuhlisch also joined the Hamburg office, completing the Mediaplus Group’s management team line-up. The experienced media and marketing expert has been Managing Director and Partner of Mediaplus at the House of Communication in Hamburg since March 2014, where he manages the business in conjunction with Thilo Krämer.

Growth extended across all Plan.Net Group specialist agencies, and most prominently in the form of new communication, media and performance accounts, amongst these clients such as BSH Home Appliances Ltd, Dextro Energy, Walt Disney, Engelhorn, Landliebe, Medice, the Schaeffler Group, Siemens Enterprise Communications and Western Union. Another major factor contributing to the growth was additional business from existing clients.
Manfred Klaus took over as spokesperson last September from Michael Frank, who decided to leave Plan.Net Group at the end of 2013 after almost 15 years of service at the agency. The two men had been managing the Plan.Net Group together since 2006.

The best brands Master’s course – a Master’s degree programme enabling participants to study alongside work – is due to be completed by the first six students this year and will continue into its third year with seven students from offices in Munich, Hamburg and Bremen. This successful programme, which can be studied alongside a job, is still the only one of its kind in the communications industry.

Following the best brands celebrations in February 2014, the Innovation Day is also celebrating its tenth anniversary this year. To mark the occasion, an innovation platform was launched on the Internet in May 2014. The “Innovation Loft” online magazine is an initiative from Innovation Day partners: the Serviceplan Group, Frankfurter Allgemeine Zeitung, IP Deutschland, Radio Marketing Service, Microsoft and G+J Media Sales EMS. Also new and taking place for the first time is the selection of the CMO of the Year, with the prize being awarded during the evening of the event on 25 September.

Florian Haller sees a positive financial year ahead for the agency group: “The end of the financial year presents a wonderful opportunity for me to thank all of our employees who believe in our vision and put their efforts into helping Serviceplan become the first international, partner-managed agency group. We have a great deal to do in the coming financial year – we will continue to drive forward international expansion and our concept of three pillars under one roof will also be globally consolidated.”