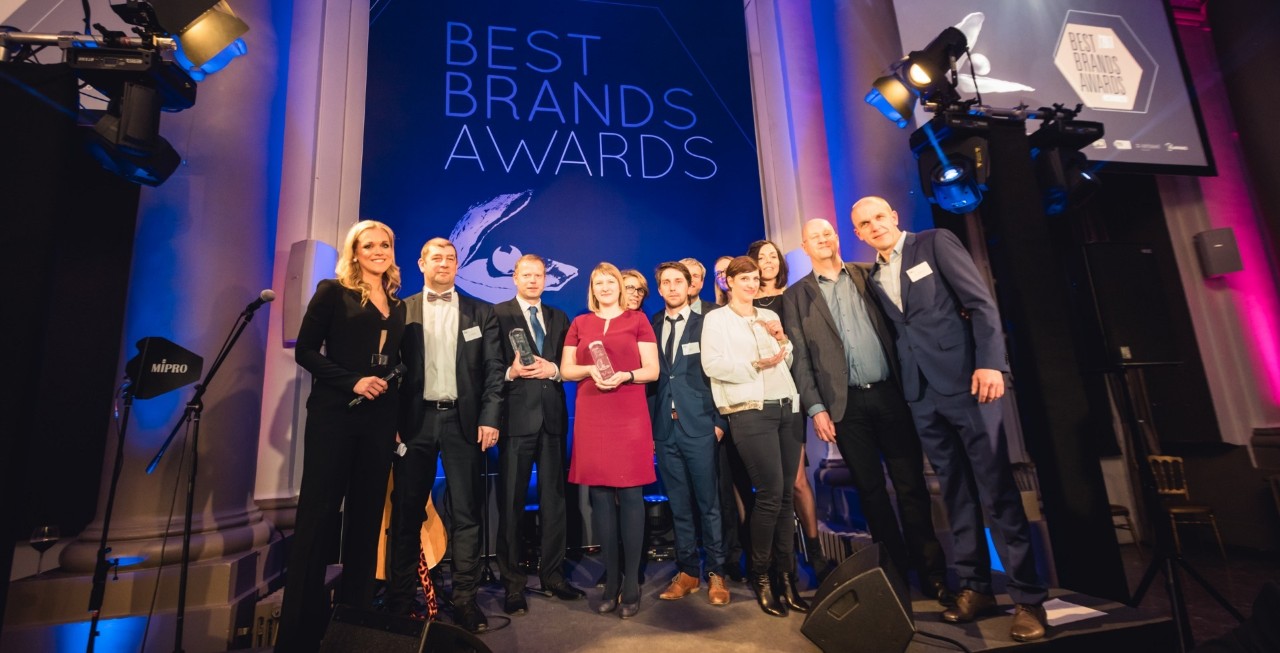 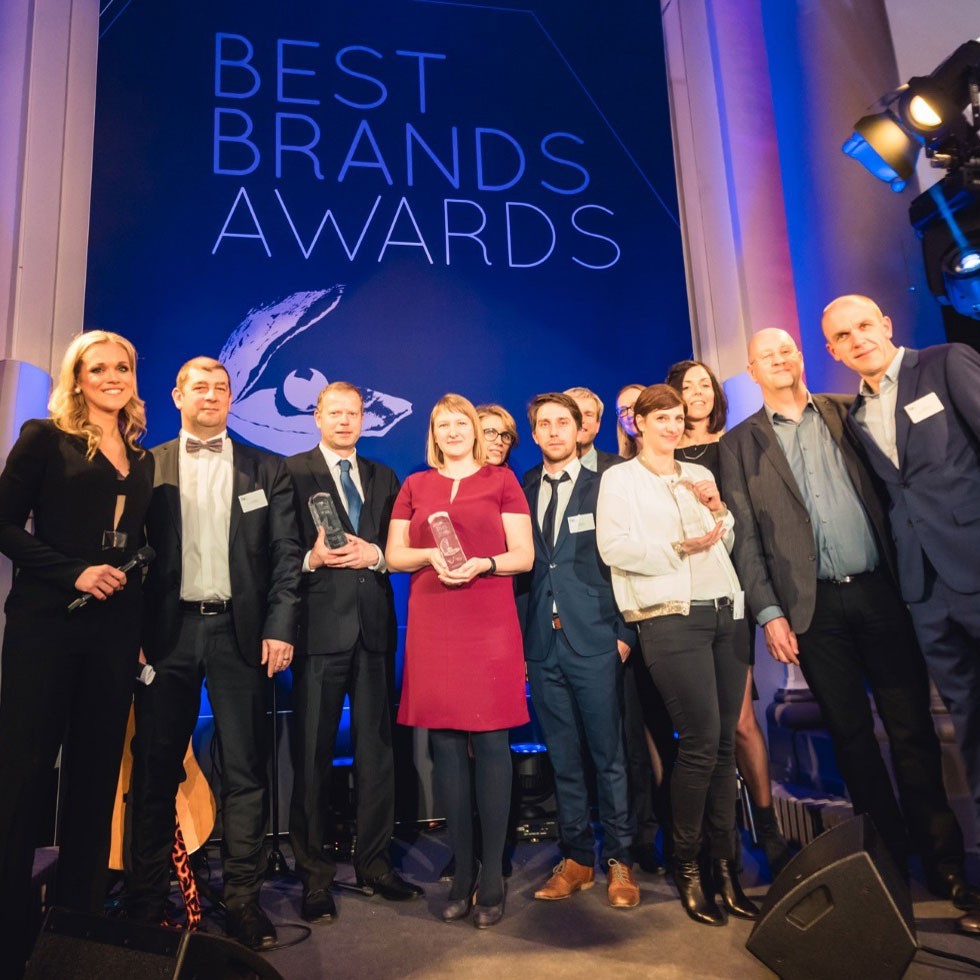 The Best Brands Awards Ceremony was held on Thursday 23 March. This is a prestigious event during which the strongest brands in Belgium were rewarded in the sumptuous setting of the Palais des Colonies, in front of an audience of over 250 guests from the business, communications, and media worlds. The following received awards during the 2017 event: the Coca-Cola brand (Best Product Brand), the Colruyt brand (Best Corporate Brand) and TUI (Best Digital Brand).

Brussels, March 27th 2017 — The Best Brands Awards, the major annual event in the marketing and communications sector, were held at the Palais des Colonies for the second year running. As in the previous year, the best Belgian brands were designated in three categories, on the basis of a multi-brand and multi-sector survey conducted on a panel of 3,500 households by GfK. Coca-Cola, Colruyt Group and TUI have been recognised at the 2017 event.

The Best Brands Awards, which were launched in Munich by Serviceplan in 2004, are now considered as THE barometer for brands’ performance. In fact, this ranking of best brands measures the strength of a brand on the basis of a survey conducted by GfK, according to two criteria: the genuine financial success of the brand, and its emotional impact on consumers, without the involvement of a jury.

Thirteen years later, this annual forum for brands, which has become an unmissable event in Germany, is now compared to the Oscars. The concept, which is highly innovative, has been exported to several countries, including China in 2014, and Italy in 2015. In the spring of 2016, it was Belgium’s turn to launch its first Best Brands Awards at a gala evening during which Samsung (Best Product Brand), The Coca-Cola Company (Best Corporate Brand) and Colruyt Group (Best Belgian Brand) received awards.

The Winners in Detail

Why was Coca-Cola voted Best Product Brand this year? When you compare this fizzy drink with other non-alcoholic beverages, over 50% of consumers select Coca-Cola as their first choice. This is obviously reflected in the brand’s market share in Belgium. However, Coca-Cola does not just obtain a higher score than its competitors from a rational standpoint. The brand also achieves the best results in terms of a positive and memorable experience, thereby positively reinforcing the kind of relationship that a consumer maintains with the beverage on a day-to-day basis. More than two out of three respondents feel intimately connected to the brand, which guarantees its position of sector leader over the long term.

Colruyt Group can also be proud of its first place as Best Corporate Brand in 2017! In fact, Colruyt Group is the market leader based on many parameters that are important to consumers. Its customers easily identify with the company, and have a very strong bond with it. The Belgian brand receives the highest score in terms of offering the best products and services. Lastly, Colruyt Group stands out more successfully than other operators in the mass retail sector, and can boast about its title as the friendliest company in Belgium. It is worth noting that Colruyt was also a runner-up in the Best Digital Brand category.

TUI finished first in the Best Digital Brand category. The travel agent owes this recognition to the very high score that it obtained for the tailor-made experiences that it creates for its customers. There is also a feeling of trust generated by online use of this tour operator’s services. Furthermore, TUI achieves excellent results in terms of the efficiency of its various digital contact points (website, social networks, and mobile communications, etc.) TUI also excels in the online purchasing field, and in terms of its communications via all of the digital channels that the brand uses.

The customer experience is gaining increasing importance for a brand’s reputation. This phenomenon has been on an upward trend for at least 10 years. From this standpoint, advertising communications are now only a small ingredient in the overall experience that people enjoy with a brand. In summary, the brands that achieve the highest scores are those that take the reality on the ground into account, while adopting a sales message that is as relevant as possible without limiting themselves to that message. Some brands have an excessive tendency to make promises, without taking responsibility for what they dangle in front of users, which is crippling, nowadays.

Building strong brands means building long-term and genuine relationships with consumers now more than ever before. If they do not have this ambition, many brands are fated to disappear, without any advertising campaign being able to save them. Best Brands provides a unique opportunity to gain an even better understanding of those consumers’ current and future expectations.