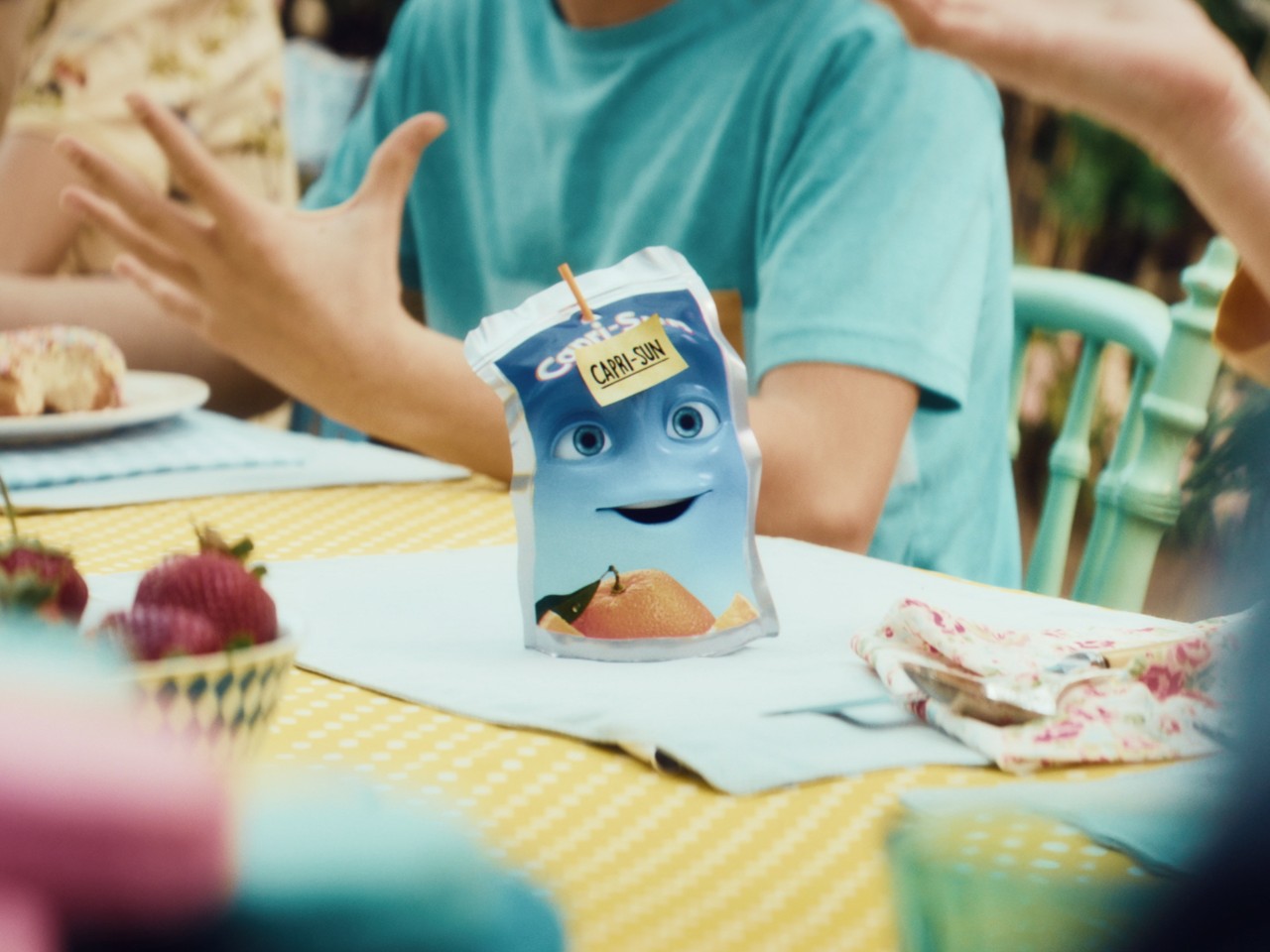 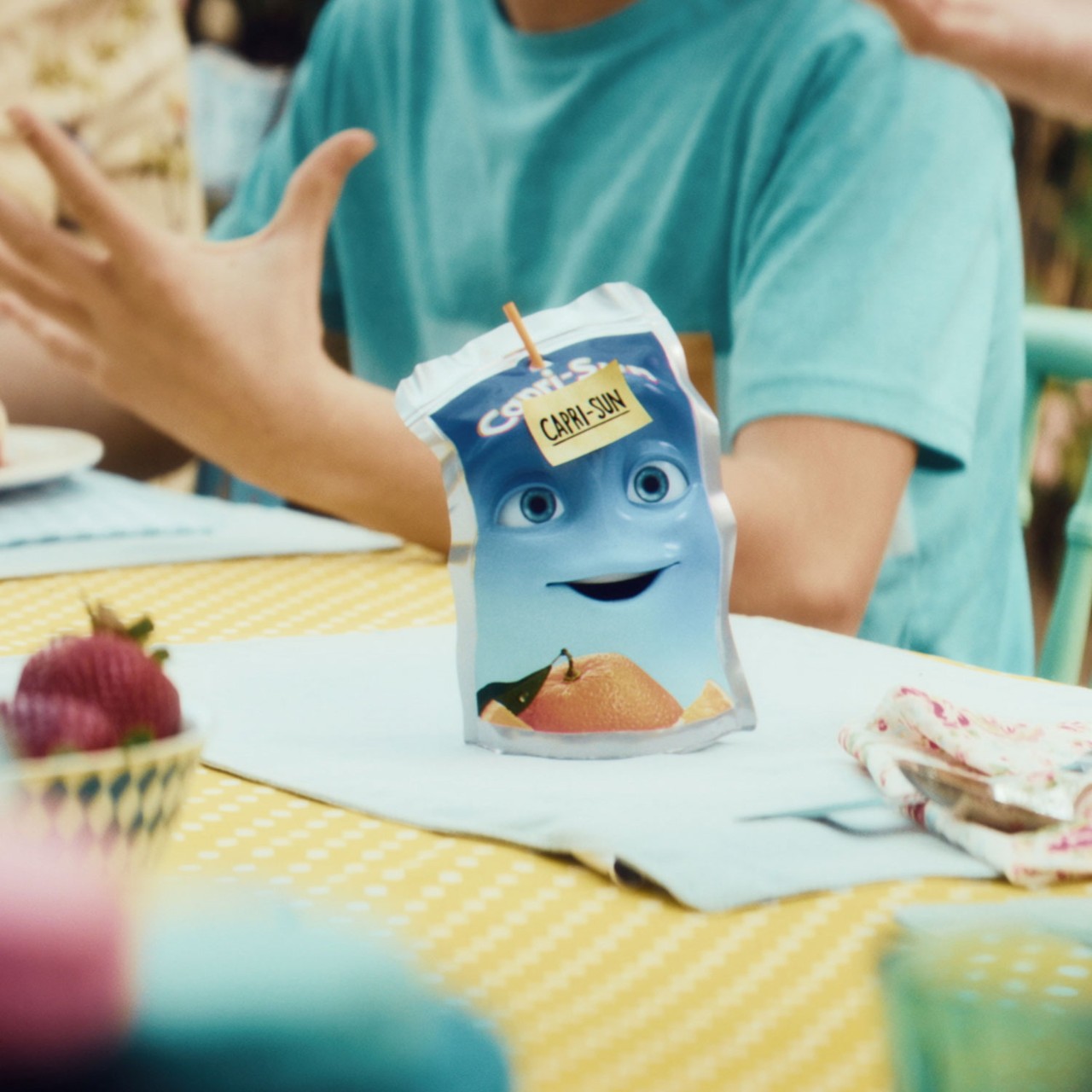 Capri-Sun is welcoming the early summer with the launch of a global TV campaign with the slogan "Capri-Sun - the taste of fun". The star of the show is the iconic pouch: brought to life with a face, it will become a coveted item for family and friends to collect. The creative lead agency for the brand is Serviceplan Campaign which, with its sister companies Plan.Net and Mediaplus, is rolling out the international campaign from La Reunion through France to Nigeria.

Munich, 3 April 2017 — The beginning of April will see Capri-Sun ushering in the early summer with entertaining TV spots and the slogan "Capri-Sun − the taste of fun". Three different films adapted for different countries and regions will be shown around the world. The star of the show is the Capri-Sun pouch – with a face. "We are proud to bring refreshment to consumers in over 100 countries with our Capri-Sun brand. We want to make it even more popular with our new campaign. Using our famous pouch as an advertising figure brings the brand closer to the consumers,creating an emotional connection," explains Jan Strubel, Vice President Marketing Innovations and R[&]D at Capri-Sun.

Michael Jaeger, Managing Director Consulting at Serviceplan Campaign, adds: "Making the legendary Capri-Sun pouch the hero of the campaign makes playful cross-channel branding possible. As an animated character and a brand ambassador he participates in people's lives and stirs up their daily routines. He conveys what connects people with the brand: he's fun, entertaining, happy and brings young and old together."

The TV spots (production: Glassworks / ItsUs; director: Claas Ortmann) will be broadcast around the world – in La Reunion, Nigeria, France and South Africa and also in Germany, Austria and Switzerland. In Germany, the campaign can be seen until mid-August on the most widely viewed stations, including all the ProSiebenSat.1 Group stations, the Disney Channel and Sky Cinema. From August, the campaign will also support the launch of a new product range "Pure Fruit and Water" on the television and in social media.

Concurrently, Capri-Sun is running an extensive promotion whereby each box of 10 will contain some pouches with the traditional appearance plus several with emoji faces in various cool designs which friends and family are encouraged to collect and share. Other features will be realised internationally throughout the year on social media, out-of-home and at point-of-sale.

Serviceplan Campaign won the Capri-Sun (Deutsche SiSi-Werke Betriebs GmbH) account in a single pitch. The team working with Managing Directors Michael Jäger (Consulting) and Christoph Everke (Creation) is responsible for its realisation. In creating the new campaign, the agency has worked closely with Plan.Net Media on online media planning and Plan.Net Content Marketing on the global social media strategy. Mediaplus is responsible for media planning in several countries.

The brand products are available in 110 countries around the globe. www.caprisun.com