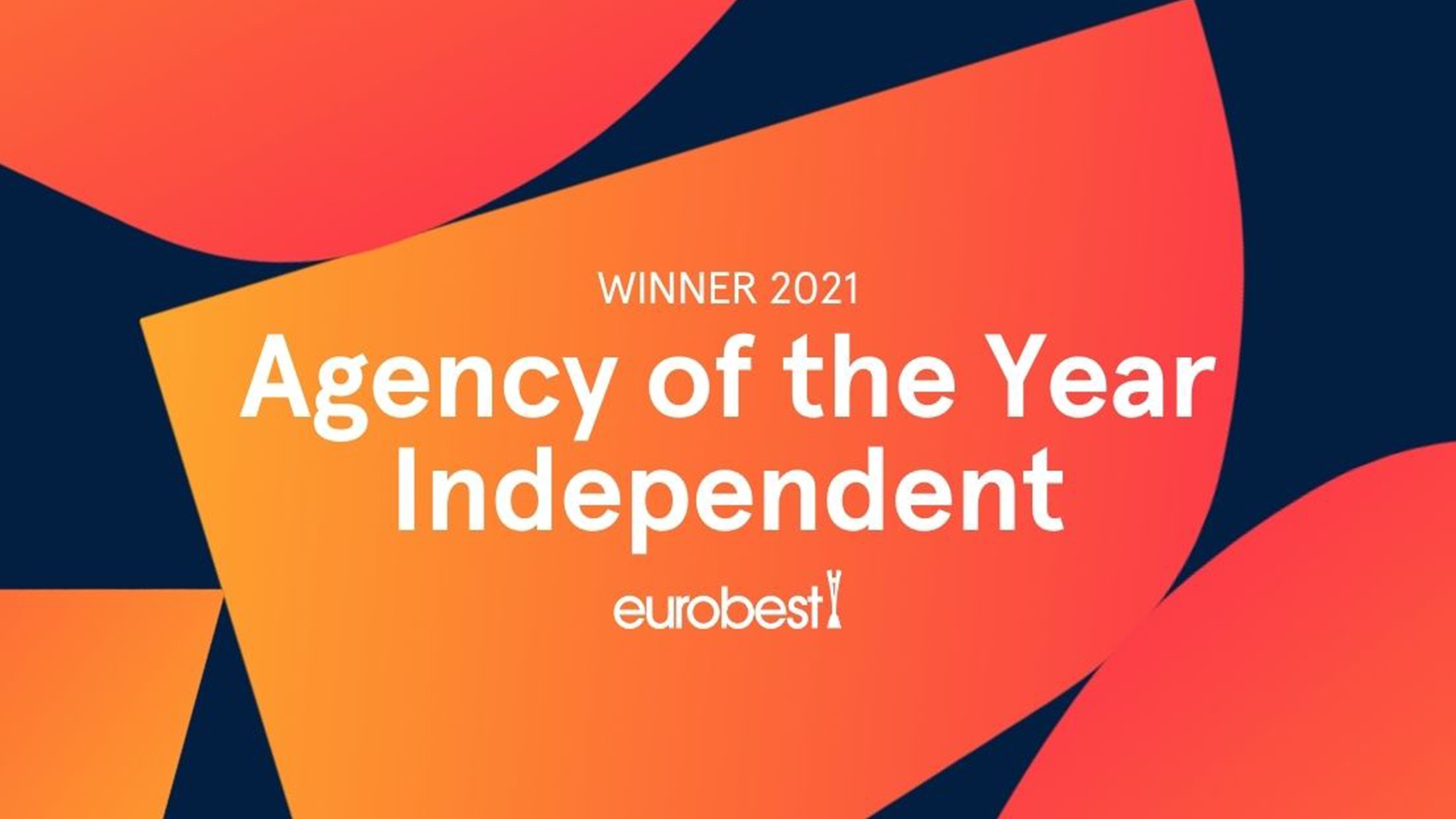 Munich, 15 December 2021 – Wrapping up an incredible run of awards successes, Serviceplan have been named Independent Agency of the Year by Eurobest.

Serviceplan were awarded a coveted Eurobest Grand Prix for Dot Go during an online ceremony, and also won 3 silver and 4 Bronze. The Eurobest awards are the benchmark for creative and effective branded communications in Europe.

Alexander Schill, Global Chief Creative Officer, Serviceplan Group commented: “What a way to end 2021, with Eurobest Independent Agency of the Year and a Grand Prix for Dot Go as the icing on the cake! Dot Go is a perfect example of the Serviceplan attitude that spending a certain amount of time, money and talent on purposeful work to contribute to a better world is part of our duty as an agency. Using our creative power to help confront problems such as visual impairment – with Dot Go, and climate change – with Meltdown Flags, proves that creativity can be a life-changing superpower. And to win Independent Agency of the Year after the challenges posed by almost 2 years of the pandemic, is testament to the persistence and hard work of our colleagues in our Houses of Communication around the world.”

For the full list of awards go to: https://www.eurobest.com/eurobest-unwrapped-2021.