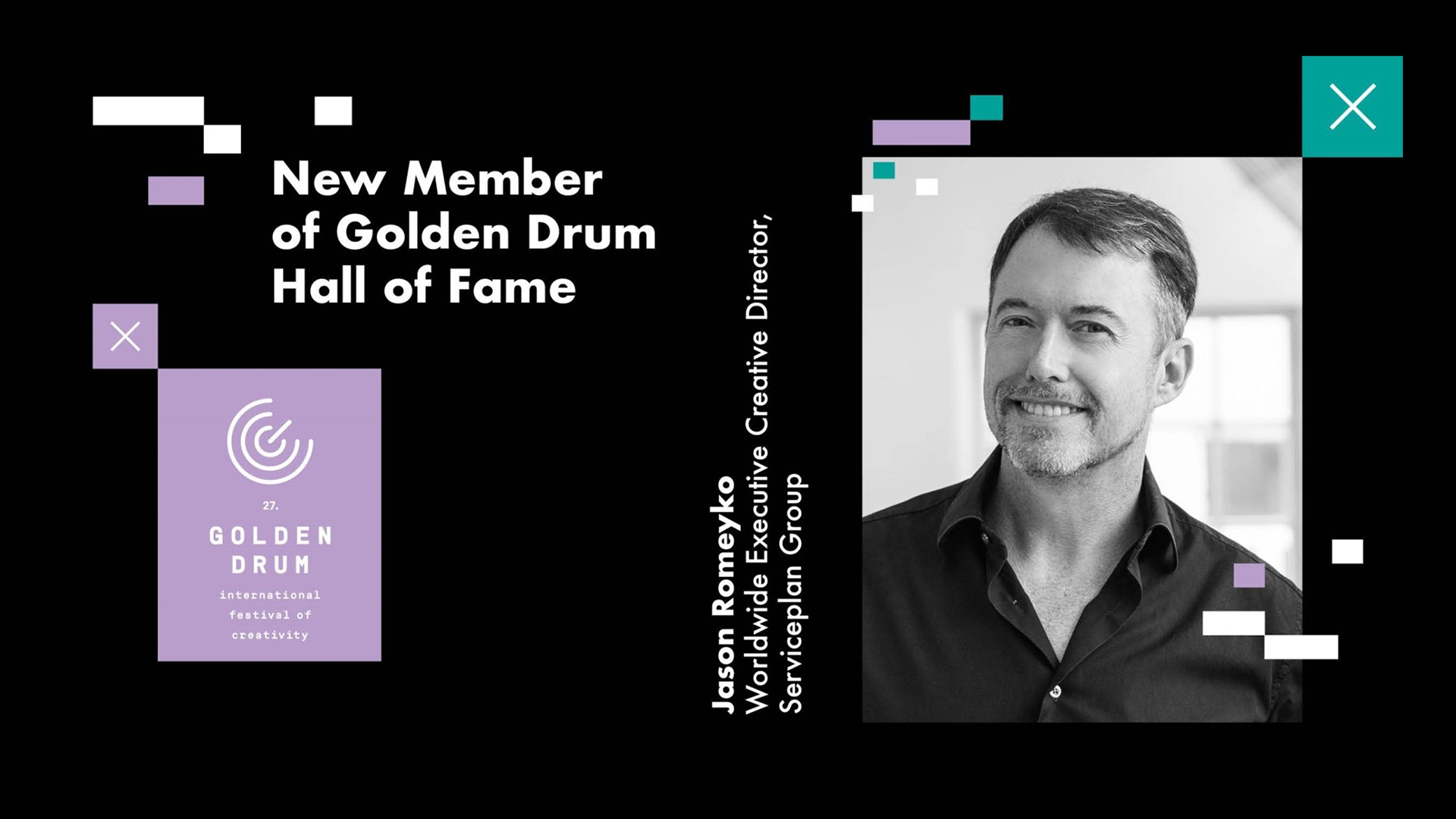 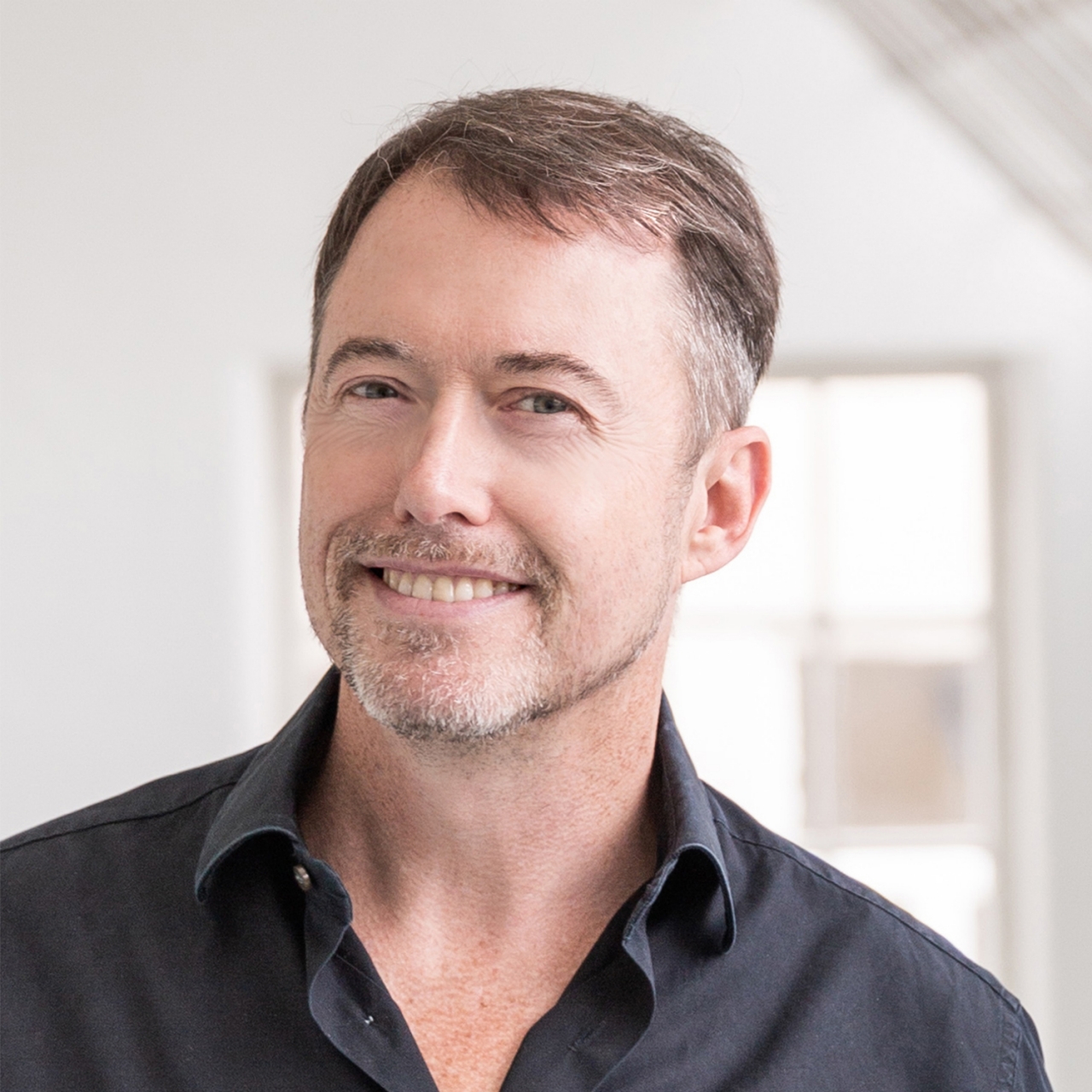 Munich, 28 May 2021 – Golden Drum welcomes Jason Romeyko as the newest member of the Golden Drum Hall of Fame, a selected group of visionaries and dreamers who have fought courageously and passionately for the progress of the creative industry.

Established in 2010, Hall of Fame celebrates those who have, through their professional career and personal life, influenced our creative minds and souls. Creative leaders who have inspired and motivated us, and who now guide us to move forward in our endeavours.

While marking 27 years of the Golden Drum festival, Golden Drum are humbled and honoured to write the name of Jason Romeyko, Worldwide Executive Creative Director, Serviceplan Group, next to the great men and women accepted into the Golden Drum Hall of Fame.

Jason Romeyko, Worldwide Executive Creative Director, Serviceplan Group commented: “To say I am moved by my induction into the Golden Drum Hall of Fame is an understatement. I feel rather overwhelmed that 24 previous recipients of this award - many of them colleagues I look up to, all of whom have shaped the industry in New Europe and beyond, voted for me to share the Hall Of Fame with them. I am grateful to Golden Drum festival for this once-in-a-lifetime distinction. It gives me pause to not only look back on my career with gratitude to those who helped me along my path, but also to look ahead to the future - for I will only be as good as my next idea, and the next generation that follows.”

Alexander Schill, Global Chief Creative Officer Serviceplan Group added:
“ I am proud to call Jason not only my business partner but also my partner in crime in any other aspect. He is not only an outstanding creative but also an extraordinary personality. I hope our ways will never separate again.”

Jason has greatly contributed to the establishment, development and success of the New European advertising industry, to its values and spirit. He has not only attended the Golden Drum festival and run for the awards, but also contributed with his novel ideas and brought many creative stars to the table. In order to really boost creativity, Jason holds what he calls ‘Wigwams’, sessions designed to inspire people and remove the mental barriers that choke potential diamond ideas. In his role as Worldwide Executive Creative Director of Serviceplan Group, Jason is on a mission to impart his philosophy of into the creative mindset of all 17 countries where the Group has Houses of Communication. Jason came up with the concept of ÜberCreativity, meaning “the magic that happens when all parts of the House of Communication come together to create world-first ideas.”

Jason is pondering the many changes in the industry. Some have been drastic, as the biggest beasts ruthlessly ‘optimise efficiency’ and traditional setups are struggling to right their course – but for agencies that have always approached things differently, he feels their time has come.

He has always recognized the importance of the existence of advertising festivals such as Golden Drum. Jason has been a strong supporter of the festival, enthusiastic and inspiring speaker, fair Golden Drum juror and was honoured with the title Creative Director of the Year at Golden Drum in 2015.

From Down Under to the top of New Europe

Jason Romeyko, born in Australia, is a curator of stories across multiple platforms. Forged as a writer at Saatchi & Saatchi in 1993, he spent 23 years bouncing around the world before joining the Serviceplan Group in 2016 as Worldwide Executive Creative Director. Serviceplan is one of the biggest independent, owner-operated advertising networks in the world, and certainly the biggest in Europe. There are over 4,400 employees in 24 locations in 17 countries.

From Grand Prix through to Bronze, he has been honoured with over 600+ awards from Cannes Lions, Eurobest, Golden Drum, Epica, Clio, LIA, ADCE, ADC, CCA, ADCI, and many other shows around the world- including MTV Music Awards’ “Video Of The Year” for Katy Perry’s “Firework”.

In 2016 the Golden Drum awarded him “Creative Director of the Year”. His favourite projects include “The HIV+ Magazine”, “Sea Hero Quest” and the audacious rebranding concept of BMW’s luxury range into Bayerische Motoren Werke. A “Screenager” to the core, his creativity has been viewed nearly 3 billion times.

About Golden Drum Hall of Fame

A wall is just a wall. But whoever’s name is inscribed on it, briefly brushes against immortality. Then a wall becomes The Wall. Golden Drum Festival has in its twenty-seven years attracted great visionaries and dreamers who fought courageously and passionately for the progress of the creative industry.

As time goes by and people move forward, we tend to forget the names of those that have set the foundations, upon which professionals of today build great things. Established in 2010, the Golden Drum Hall of Fame virtual wall reads the names of great women and men. The list grows with careful consideration and a sense of gratefulness to those, whose names and actions we should never forget. Each new member needs to be confirmed and accepted into the Hall of Fame by the existing members.

Members of the Golden Drum Hall of Fame in alphabetical order