"Every Home" Experience in Minecraft 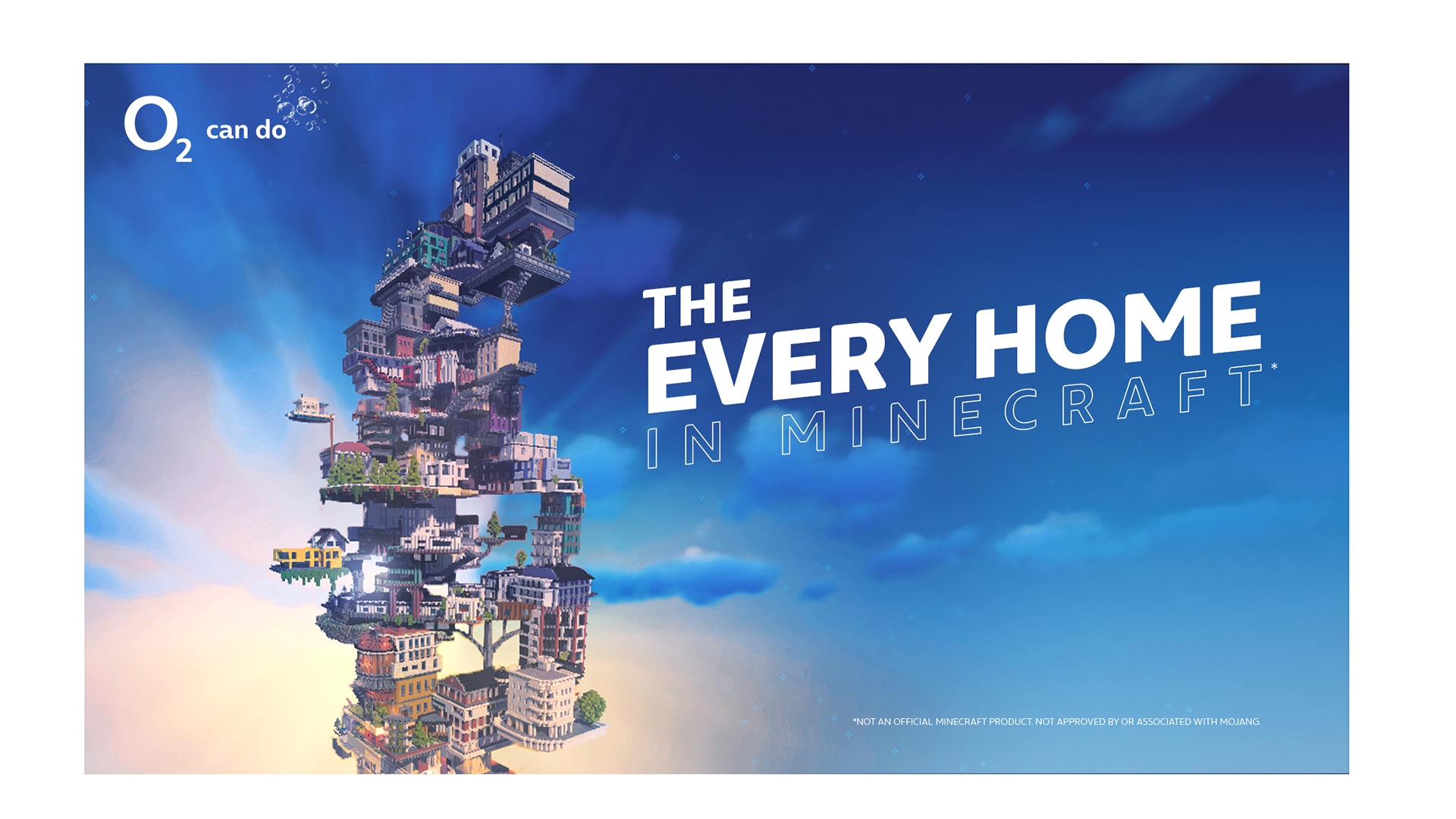 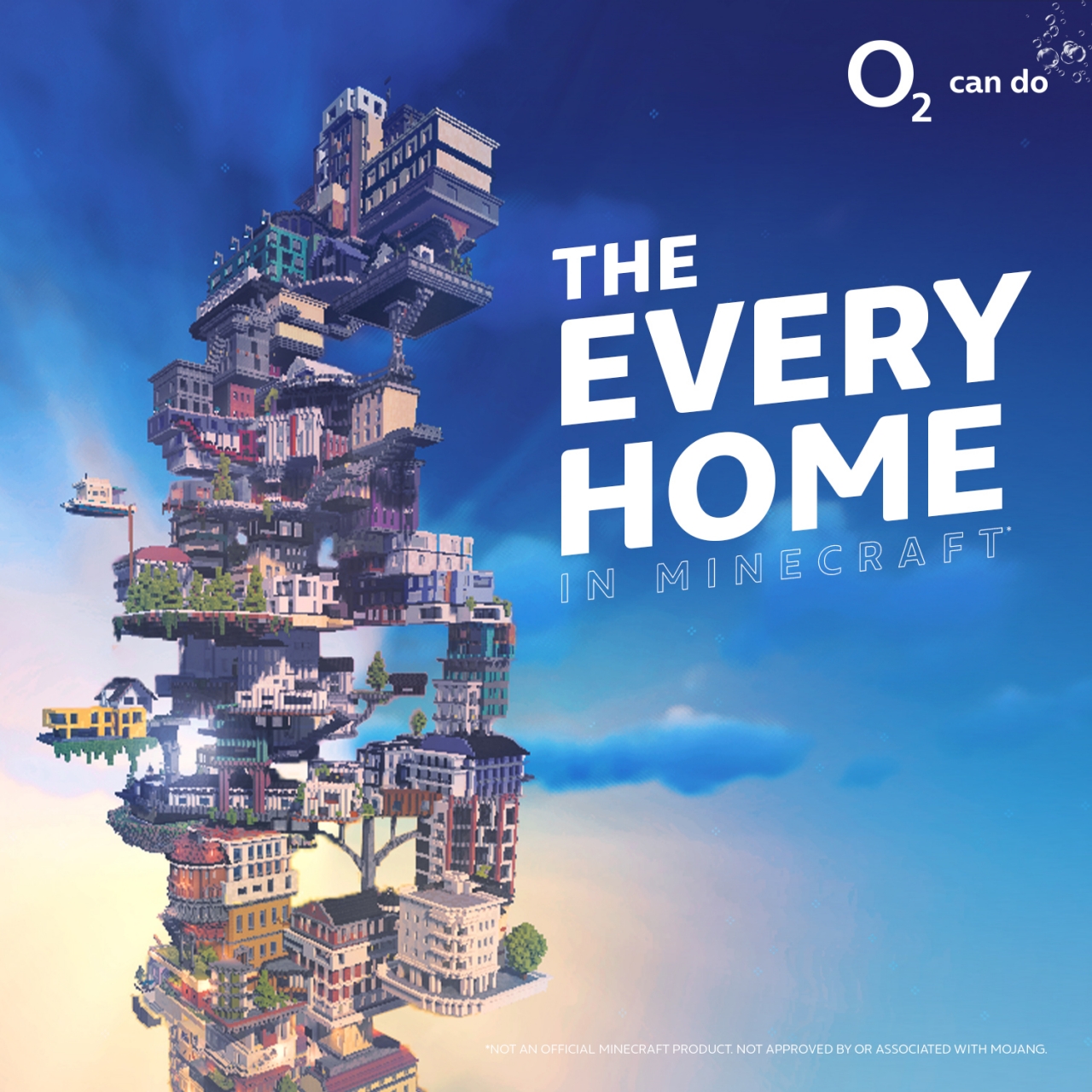 Hamburg, 19 April 2022 – In December last year, Serviceplan Bubble and O2 demonstrated with ‘Every Home’ that O2 has the right Internet to suit every home. The ‘Every Home’ spot depicted an epic building that demonstrated different aesthetics and generational ways of living in one building – whether Bauhaus style, retro-chic, a family flat or one-room apartment, and visualized the campaign slogan: "Internet for home. For every home".

The next phase, in December 2021, was to translate the ad to the gaming world and reach  younger target groups using Twitch and Minecraft, and creating awareness for O2’s Internet@home offer within the youth demographic with an affinity for gaming.

One-to-one, walk-through and interactive, full of mini-games and small adventures, something surprising was waiting for the Minecraft gamers in every home and around every corner of the ‘Every Home’. After about one and a half hours of livestreaming, the Minecraft server was opened to the community – those who quickly completed the course in the Minecraft world had the chance to win numerous prizes, including one of five PlayStation 5 or one of ten Xbox Series X, which are highly sought-after by consumers.

The second competition phase took place on 14 April between 8:30 pm to 10 pm. The ‘Every Home’ in Minecraft can also be played independently of the two competition rounds until the end of April.

The final stages of the ‘Every Home’ build from a total of 300,000 blocks was watched live on Twitch by 270,000 viewers, an average of 18 minutes per person. This equates to a total time spent of 4.7 million minutes.

The social stunt was accompanied by an online and social media campaign – in addition to Twitch as a streaming platform, the action was announced and accompanied on social media, on a central website and on gaming sites. At the Point of Sale, (potential) customers were also invited to participate in the livestream.

You can get an impression of the campaign in the highlight videos of the influencers @rewinside und @dhalucard.

Michael Falkensteiner, Director Brand & Marketing Communications O₂ Telefónica, explains: "With the 'Every Home' in Minecraft, we are creating awareness for our Internet@home offer in the young target group with an affinity for gaming. Gamers in particular have very high expectations of their high-speed internet connection. With this initiative, we want to anchor O₂ in the minds of young people when they think of fixed networks. To do this, we are breaking new ground and transferring our campaign to the challenging gaming world."

Leif Johannsen and Patrick Matthiensen, Managing Partners Creation, Serviceplan Bubble, expand: "We are particularly pleased that with the construction of the 'Every Home' in Minecraft we have created a campaign key visual that influencers and Minecraft fans can experience together."