PENNY Shows How All You Need Is Love at Christmas 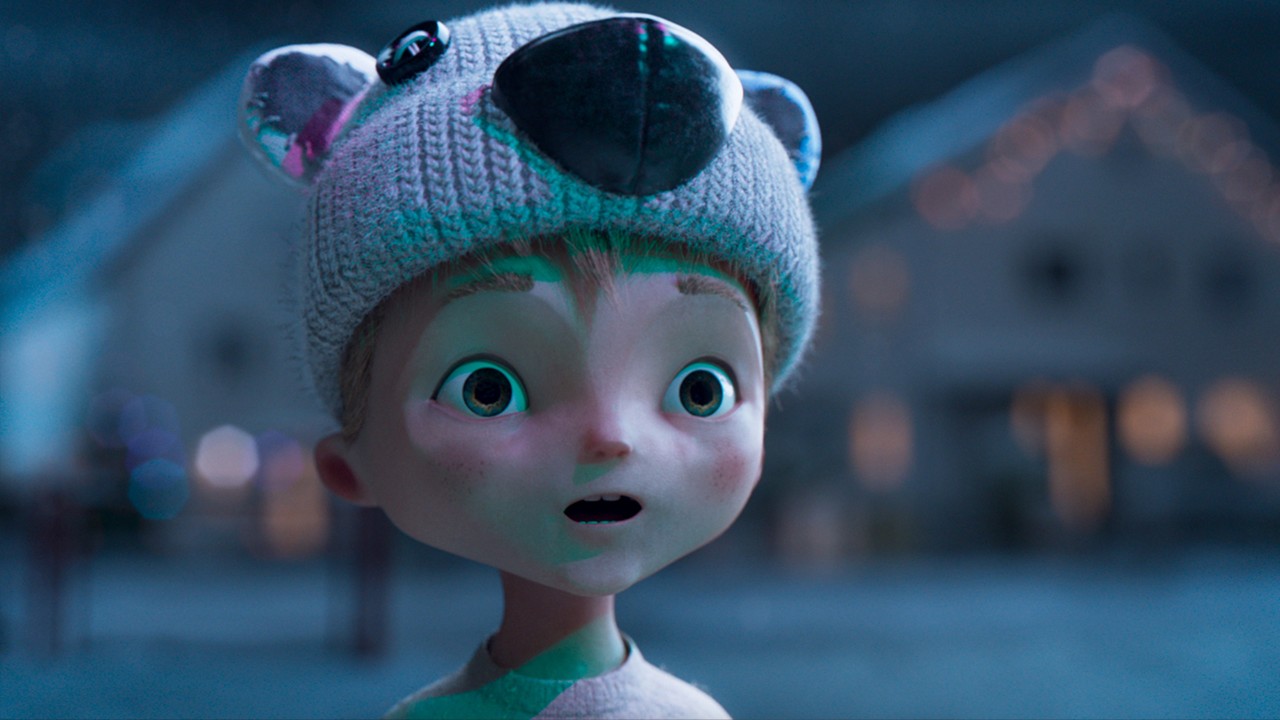 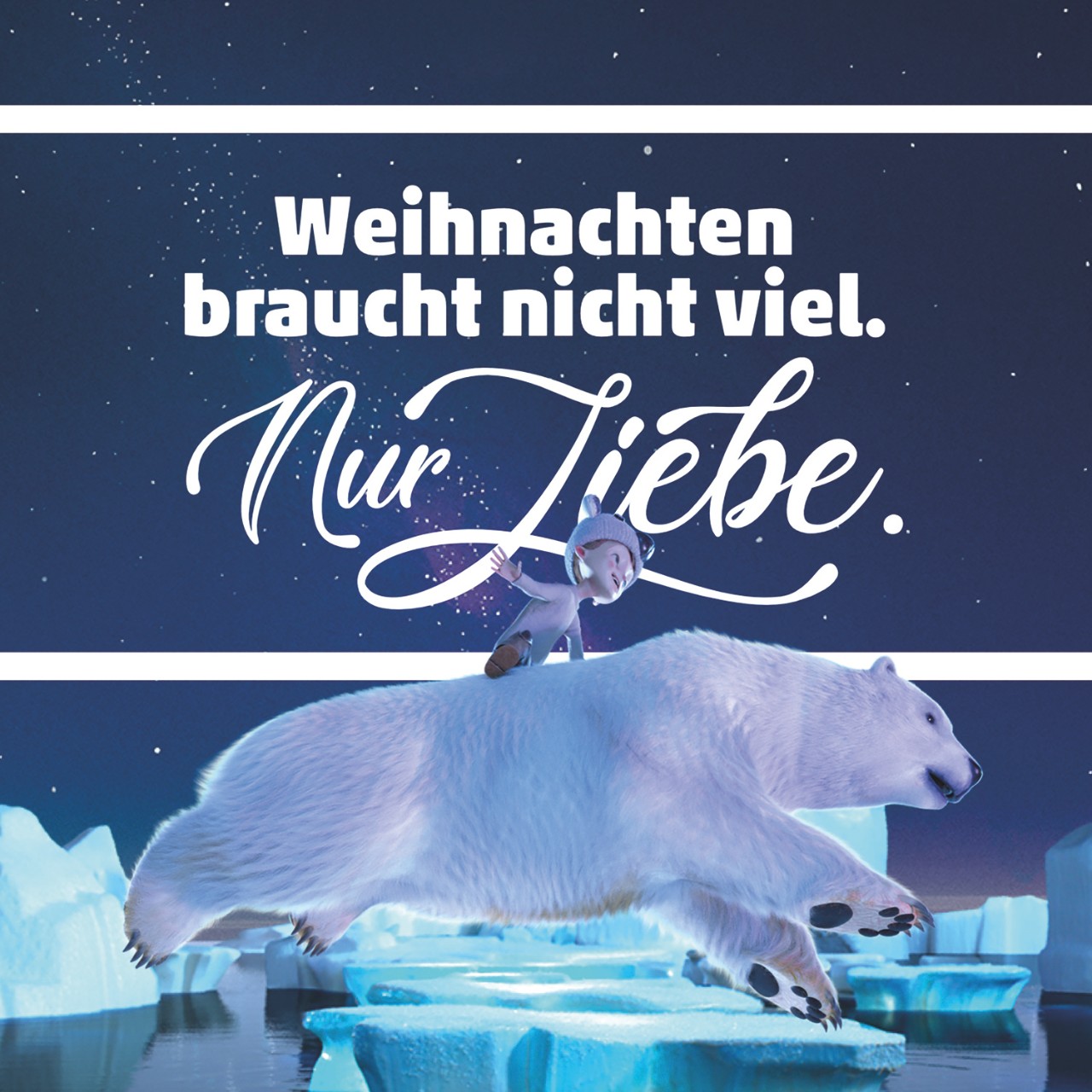 An animated Christmas film created by Serviceplan campaign for German supermarket chain PENNY to emphasise the importance of love in overcoming adversity, has struck a chord with German consumers with more than 14.95 million views on YouTube.

Munich, 28 December 2018 — ‘Christmas Doesn’t Need Much, Only Love” is the title of Serviceplan Campaign’s seasonal film for German supermarket chain Penny.  The message of the animated film that a little bit of love can go a long way, has had a big impact in Germany where the film has had over 22 million views, including 14.95 million YouTube views.

PENNY and Serviceplan Campaign’s 2018 Christmas film shows how in touch the discount supermarket is with its customers' needs and circumstances – and offers a message of hope to people who might be dealing with difficult situations.

Although Germany is one of the wealthiest countries in Europe, there is rising poverty despite economic growth.  Discount German supermarket chain Penny wanted to spread the message that "Christmas doesn't need much. Only Love”.

This message is expressed in an animated online film mixing live action and 3D animation.  Featuring a single mother who cannot make her son's wishes come true because she doesn’t have enough money, the film has a handmade aesthetic to emphasise the message behind the campaign, that even if you don’t have much money, it is possible to create gifts through love. However, she ultimately finds a way to grant her son a true Christmas miracle – using creativity and love. 2,500 kits were produced to enable people to knit their own teddy bear for Christmas. Customers were able to win the knits by taking part in an online lottery.

A new version of Elton John's "Your Song", interpreted by Josephine van Schaik, was produced for the campaign.  Until 27 December, the film was only available online in Germany due to global music rights.  Elton John himself famously sang on the John Lewis 2018 Christmas ad, which has over 12 million views.  Whereas the Penny Christmas film soundtracked with a cover version of Elton’s iconic song has gained over 14 million views in Germany alone.

In addition to Serviceplan Campaign, Plan.Net Campaign, Glassworks and Parasol Island are responsible for design and implementation.

Executive Creative Director Christoph Everke feels it is the perfect fit: "The film and its soundtrack express exactly what people in Germany are experiencing every day. They are getting by with limited resources and their successes are often down to the fact that they are stronger than people who have never had to struggle. The film is an homage to these tough people who do their utmost every day to care for their family."

Studies suggest that this year in Germany, Christmas is forecast to cost each household an average of 476 EURO in total. However, PENNY is using this year's Christmas campaign to show that you don't actually need to spend that much on a great Christmas, with the motto:

Serviceplan Campaign has responsibility for development and implementation, and Plan.Net Campaign were the digital agency. The Production Company was Glassworks Amsterdam.

The campaign starts with a film, but it goes much further. PENNY is actively helping its customers to make their children's apparently unachievable wishes come true. On the campaign website penny.de/nurliebe you can chat to a polar bear, who also features in the film, and tell him your deepest wish. As well as having lots of their wishes come true, participants can also look forward to winning a craft set that they can use to make homemade Christmas presents filled with love.

With this campaign, PENNY once again addresses a topic that is relevant to its target market. It then goes beyond words and puts its message into action.

For Stefan Magel, Executive Board Member Retail Germany at the REWE Group and COO of PENNY, that is an extremely important step because "as a discount supermarket at the centre of its customers' lives, PENNY wants to enable all of its customers to have a great Christmas. As well as good-value offers, for us this involves dialogue with customers. It is only when we really understand people's requirements that a campaign can be more than an empty advertising promise. Only then can it become part of our customers' daily reality and really ring true."

View 3 documentaries about the campaign here: