Animals are not Christmas gifts 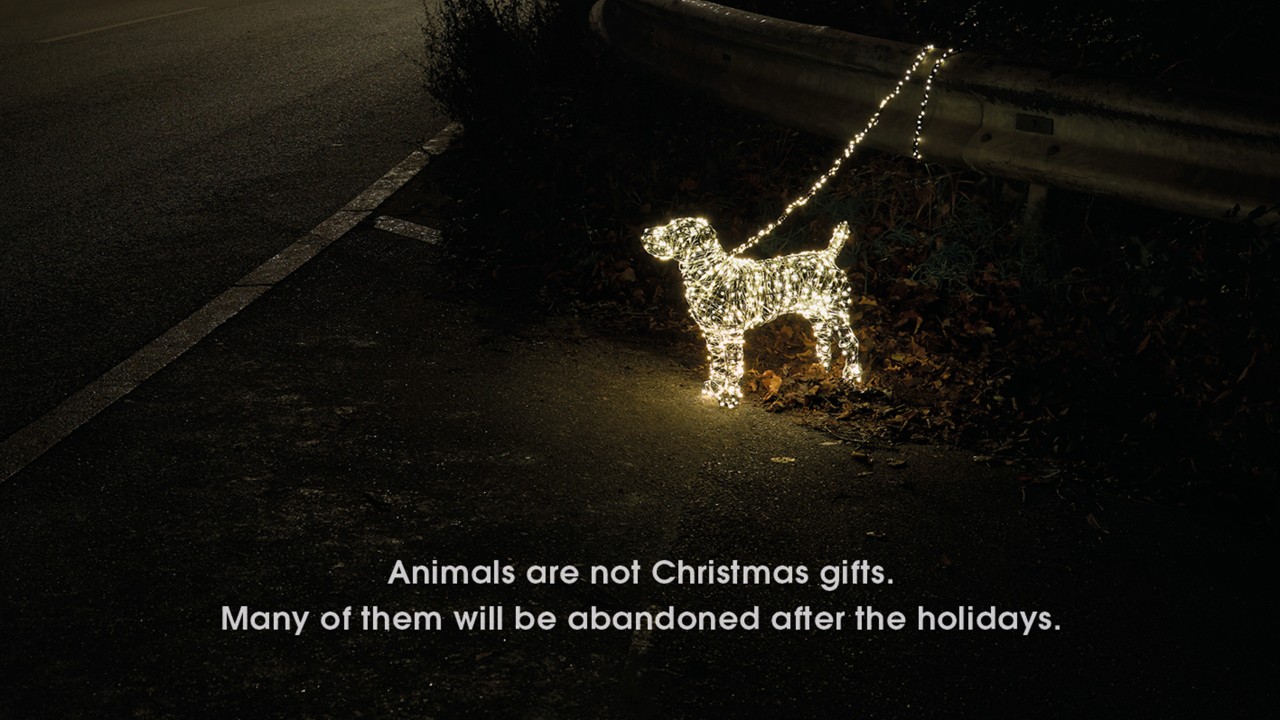 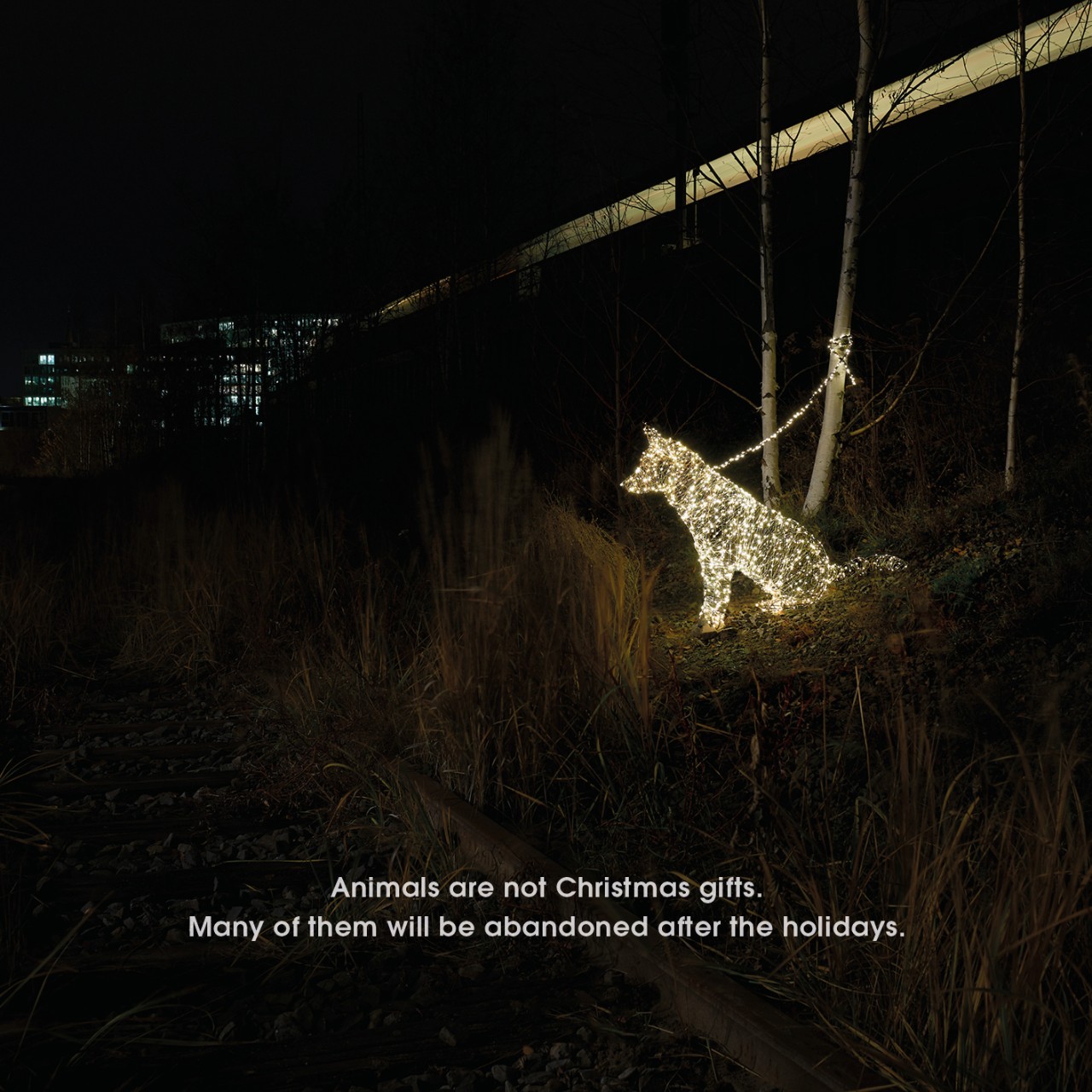 Animals are not Christmas gifts: An Emotional PETA Campaign from Serviceplan

Sadly, an annually recurring theme during the festive season is abandoned pets after Christmas. Pets given as a Christmas present often end up on the streets after 24 December. The animal rights organisation PETA Deutschland e.V.  collaborated with Serviceplan Campaign International on the appeal "Animals are not Christmas gifts".

Hamburg, 20 December 2018 — The new “Animals are not Christmas gifts” spot is based on the PETA campaign "Abandoned after Christmas". To illustrate the problem of pets being discarded after Christmas, PETA and Serviceplan Campaign International created a dog silhouette including a leash fashioned from numerous holiday lights, which is "abandoned" in various places in Hamburg. In order to clarify the message behind the silhouette, places were selected where animals are commonly abandoned, such as motorway service areas.

"Animals are living beings with very individual needs and feelings. They deserve a permanent, loving home," said Jobst Eggert, responsible for Creation & Special Projects at PETA. "With our emotional spot, we would like to remind people that it is advisable, in the interests of both humans and animals, to use animal-friendly gifts when shopping for Christmas.

About 300,000 animals end up in German animal shelters every year. In recent years particularly many animals were given to animal shelters shortly after Christmas. Around 40% more dogs and 50% more cats end up in animal shelters during the Christmas period than any other time of year. The new campaign reinforces PETA's motto. Animals are not there to entertain us.