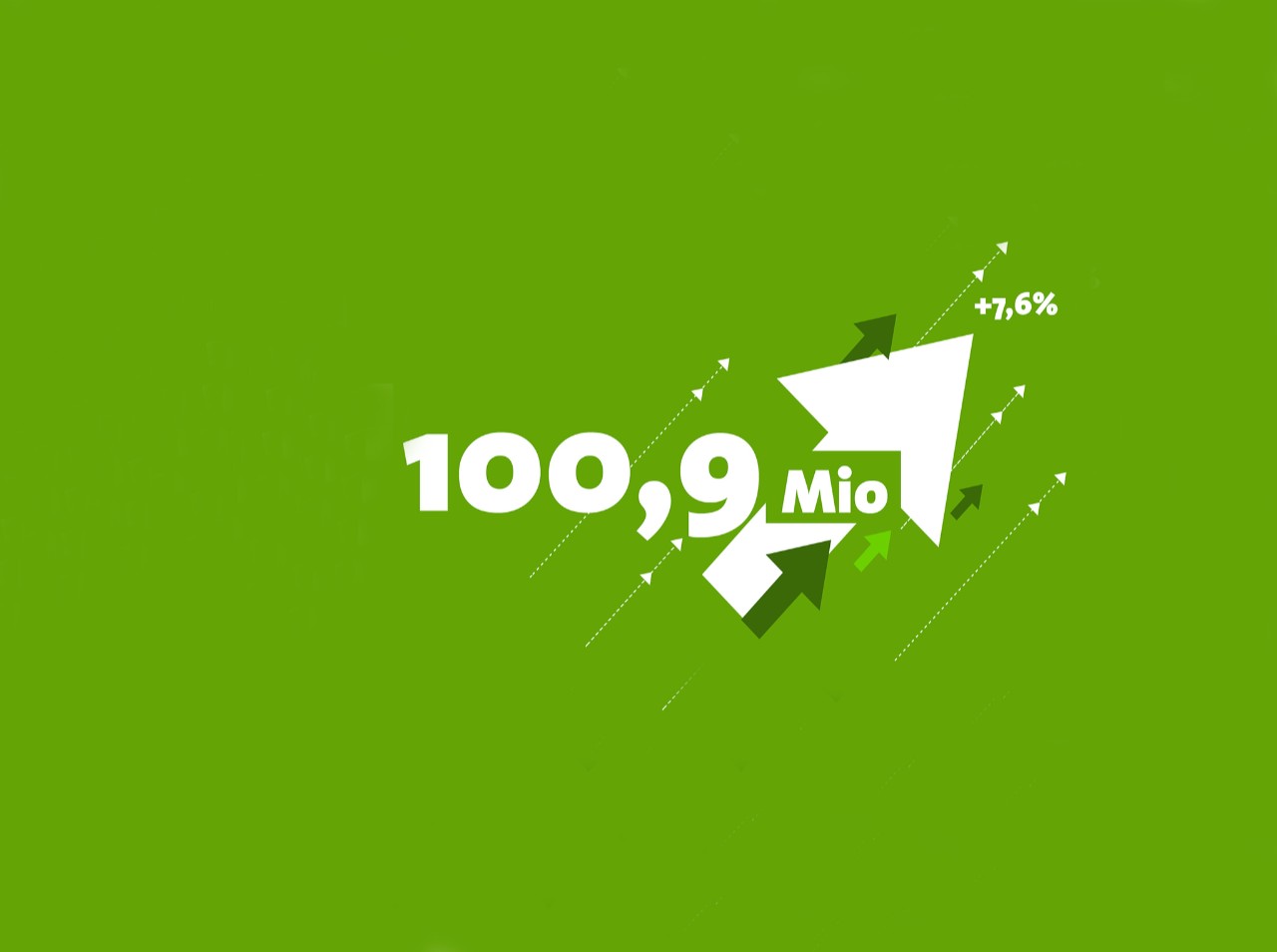 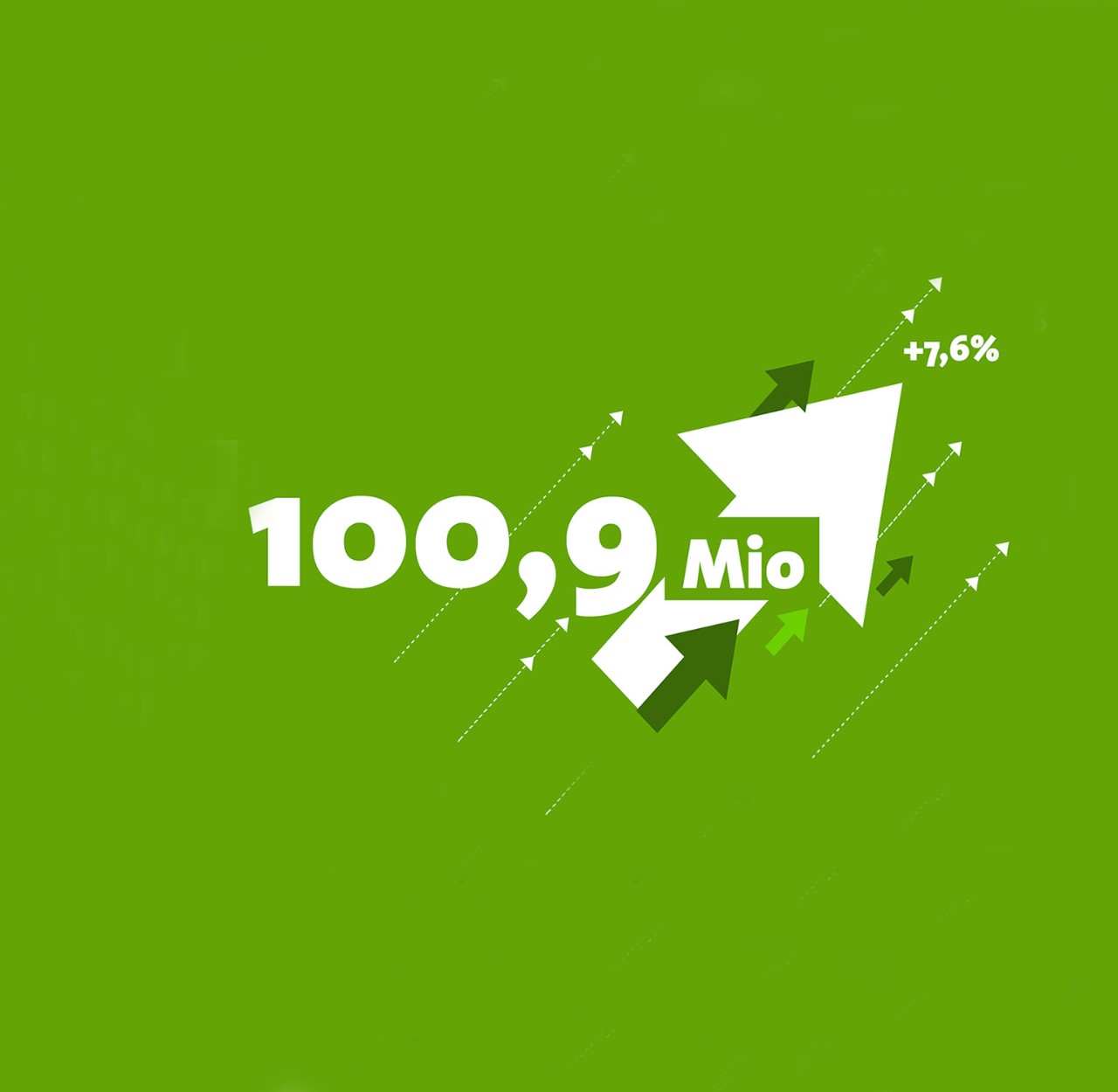 Revenue for the Plan.Net Group at the end of 2016 totalled €100.9 million representing an increase of 7.6%. The agency handled campaigns worth €584 million. This growth was driven primarily by business intelligence, content marketing, e-CRM and e-commerce.

Significant factors for the positive results were growth in the national and international core business – creation, technology and media – and the service areas e-commerce, content marketing, business intelligence and e-CRM, which have undergone expansion over the past year. The portfolio of services was also extended this year. 2015 saw the launch of Plan.Net Business Intelligence, the first joint venture between the Plan.Net Group and the Mediaplus Group. This was followed by another joint undertaking in July 2016: PREX Programmatic Exchange. Serviceplan’s programmatic advertising expertise is bundled in PREX from where the purchasing, booking, running and optimising of all the programmatic and automated campaign components in the Serviceplan Group are overseen. In addition, Aquarius Digital became part of the Plan.Net Group in July 2016, with Plan.Net Pulse created as the result of a fusion with Plan.Net Solutions. Since then, the agency has offered a comprehensive range of digital service solutions and employs a staff of around 60. Customers of Plan.Net Pulse include the Allianz, Linde and Schaeffler Automotive Aftermarket.

The acquisition of new accounts such as Loacker, Deichmann and Capri-Sun and new developments in the existing customer base also contributed to the positive results. For example, Knappschaft-Bahn-See extended the collaboration on all the communication work at the Minijob Zentrale, which includes online media planning by Plan.Net Hamburg, by four years.

Successful work in the past year included the campaign "The Quest" for Café Royal which features a search by secret agent Robbie Williams for stolen coffee capsules serialised in various online channels, the successful development of WhatsGerman, the free German course for refugees delivered via WhatsApp, the campaign "#nextlevel" for Adelholzener Active 02, the realisation of an international digital strategy for the Italian confectioner Loacker, the digital implementation of the BBQ party campaign with Christian Ulmen for Penny and the campaign to launch MAXIMAL G, the new energy drink from the Rewe Group, which was developed jointly by Serviceplan Campaign and Plan.Net Campaign.

There were also exciting innovations on the media side of the business: for example, Plan.Net Media developed with its partners a new advertising format called "Sticky Billboard" which achieves maximum visibility on any end device. Working with SevenOne Media, PREX implemented an addressable programmatic TV campaign for LoveScout24. mediascale presented the "Native Campaign Cockpit" (NCC), a new native advertising solution for distribution across marketers and publishers.

"Our aim is to provide our customers with a product, content and services that will interact to make their marketing fit for the digital era of the future. These growth and revenue figures confirm the market relevance of our service portfolio which we extended again over the last year and which covers the entire bandwidth of digital marketing. This allows us to offer customers exactly the solution they crucially need for business success," says Manfred Klaus, spokesman for the Board of Management at the Plan.Net Group. "Breaking through the €100 million barrier last year for the first time is a really fantastic result. We can all be very proud of this achievement and we would like to thank our customers and, of course, the whole team who have made it possible."

On 1 September, Klaus Schwab joined the management at Plan.Net as a Managing Director alongside Manfred Klaus and Markus Maczey. He is responsible for strategy, consulting, business development and marketing, while Manfred Klaus continues to oversee corporate development, mergers and acquisitions, media and finance. Markus Maczey has been Chief Creative Officer at the Plan.Net Group since January 2016. He is responsible for the creative product, driving creative topics and innovation forward.

"I was impressed from the very first day by the sound expertise and the capabilities of my colleagues in a whole range of disciplines at Plan.Net Group," says Klaus Schwab. "We offer a product which combines intelligence, creation, media and technology and allows us to develop digital communication solutions for our customers, making us the ideal business partner for the management of digital transformation issues and ensuring fitness for the future."

The ability of the agency to deliver was confirmed by its position at the top of the rankings published by the German Federal Association of Digital Economy (Bundesverband Digitale Wirtschaft - BVDW): Plan.Net Group was the highest earning internet agency in 2016 and 2015 in Germany and together with Serviceplan retained first place in the ranking for digital creation in 2016 and in 2017 with work such as WhatsGerman, the "Heads up!" campaign for the AOK and the "Iceberg Songs“ project for the UN climate conference WhatsGerman also won three Cannes Lions and other awards at the ADC competition, Eurobest Festival and the Annual Multimedia Award. "Heads up!" has also enjoyed further success, at the Deutsche Mediapreis awards and the German Digital Awards as just two examples.

"We are thrilled to have won the award for best digital creative agency in Germany for the third year in a row, particularly because this year a number of different cases from a wide range of disciplines have contributed to the success. The way we see it, creativity is not limited to communication. We want to offer an unexpected or a creative solution to every assignment, irrespective of whether it is technical, media-related or communication-related.

Internationalisation played an important part again last year: revenue from all the locations outside of Germany grew steadily from €10.6 in 2015 to €10.7 million in 2016. The Plan.Net Group has also widened its international presence. As part of this measure, the Switzerland location has expanded through the merger with INM AG, creating Plan.Net Suisse AG. Philipp Sauber, the former owner of INM, is the Managing Director. Further, Plan.Net is now represented in Korea. The Seoul-based business is headed by Junhwa Hong, previously Managing Director of the Integrated Campaign Group (IC) at Chai Communication, one of the largest digital agencies in Korea.

The Plan.Net Group has set itself clear goals for the next two years. Internationalisation, particularly with a view to improving digital media expertise, will be pursued over the next few months as will a drive to promote the Group's culture of innovation. Programmatic advertising will be the subject of increased attention, with a focus on close coordination and integrated collaboration of creation, media and insight drawn from data analysis. "Our aim is to use programmatic advertising in a way that properly reflects the brand. This means that the message is not only perfectly tailored to the interests of the target group, but at the same time makes a continuous investment in the brand core," says Klaus Schwab.

There will also be more development of the business intelligence and marketing automation areas and we will also be increasing our focus on the design and implementation of user-centric solutions in content marketing and connected commerce. "Our customers' business success is always at the heart of our endeavours. That's why we will be investing heavily in our skills in order to use meaningful data and insight to render the marketing activities of our customers even more efficient," says Manfred Klaus.