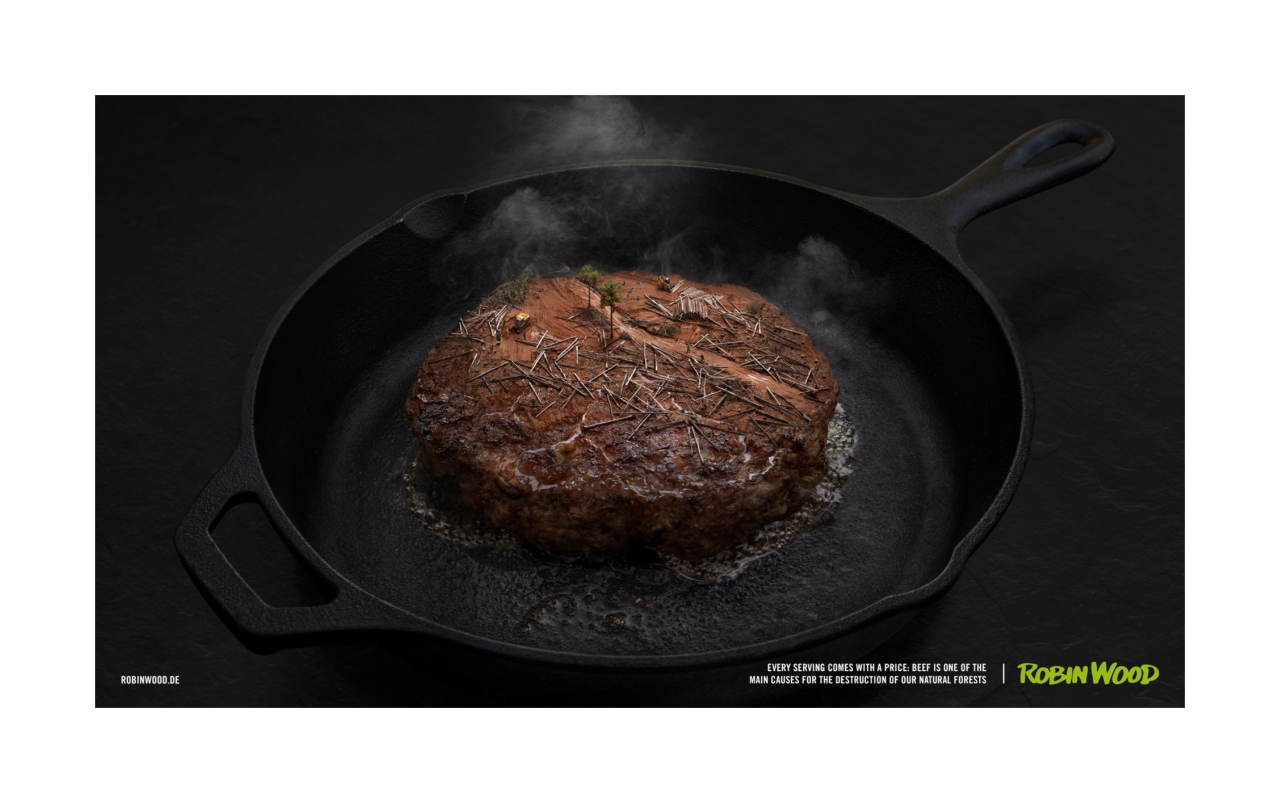 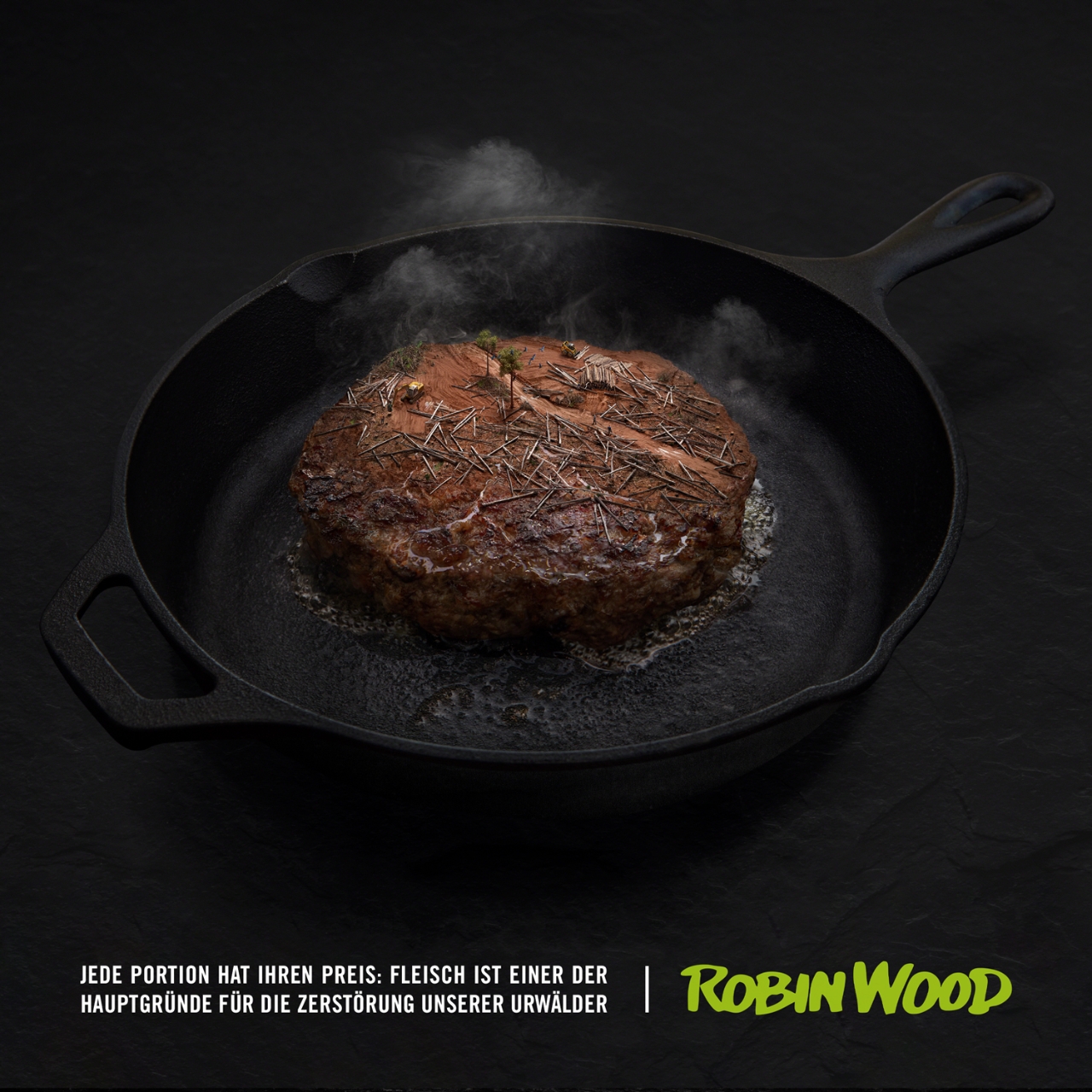 In many parts of the world deforestation of natural forests is progressing at a relentless pace.  Tropical forests in South America in particular are being cleared - mostly illegally - to make room for cattle farms and soya plantations. Serviceplan Campaign X has developed a striking print campaign for the environmental and nature conservation organization ROBIN WOOD, which effectively visualizes the devastating effects of deforestation.

Munich, 20 April 2020 — Using the claim "Every Serving Comes With a Price", Serviceplan Campaign X has developed a campaign for the German environmental NGO ROBIN WOOD that illustrates the immense damage done to forest areas by deforestation due to cattle farming.

In South America, cattle breeding and soybean cultivation are the main causes for the - mostly illegal - deforestation and slash-and-burn clearing of tropical forest areas. Still very present are the pictures from last year, when slash-and-burn in the Amazon region was considered one of the causes of the most devastating forest fires in years.  A study released in September 2019 by the Monitoring of the Andean Amazon Project (MAAP) stated that over 125.000ha of forest were both cleared in early 2019 and then burnt at the beginning of the Amazon's dry season, as land owners claimed new land for agriculture and pasture using the slash-and-burn technique. (source: https://maaproject.org/2019/amazon-fires-deforestation/)

Based on the visual similarity of the texture of meat to deforested and burnt forest soil, motifs were developed to illustrate the contrast between culinary pleasure and destruction.

Fenna Otten, ROBIN WOOD's tropical forest advisor, says: "It is very important to us to stop the large-scale deforestation of tropical forests for meat production. We can only achieve this if we make consumers aware of the effects that unchecked meat consumption has on the environment. This is why we have launched a campaign with powerful visual motifs that encourage consumers to rethink their own behaviour.”

Markus Maczey, Creative Managing Director of Serviceplan Campaign X adds: "The basic idea of the campaign is to work with detailed and photorealistic illustrations, which at first glance entice with something appetizing, but then, with a delay, reveal their visual drama. This creates a surprise effect and enhances the impact of the motifs. In the course of the picture, what appears to be an enticing piece of meat for consumption, morphs into memorials of the devastating forest destruction.”