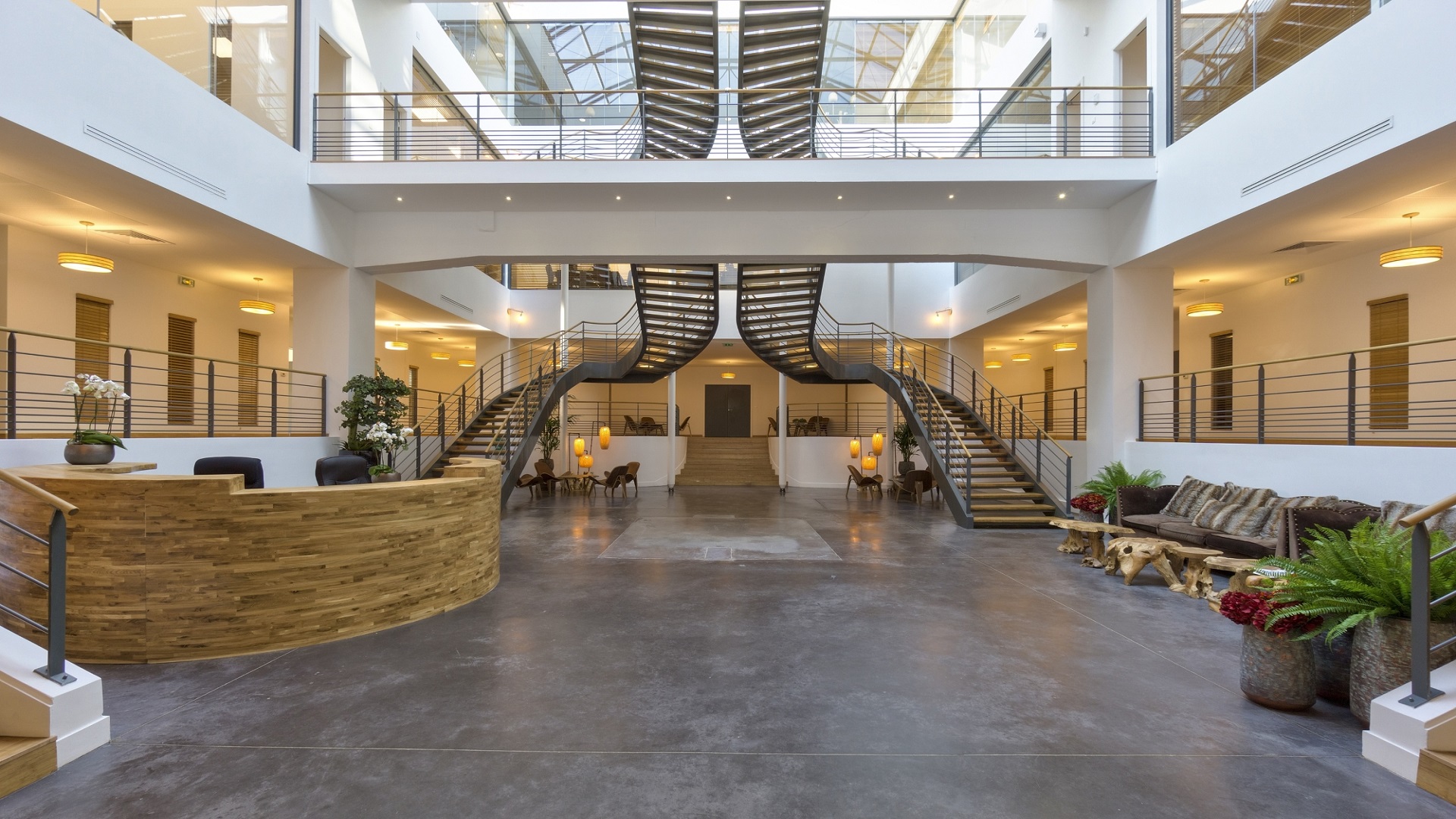 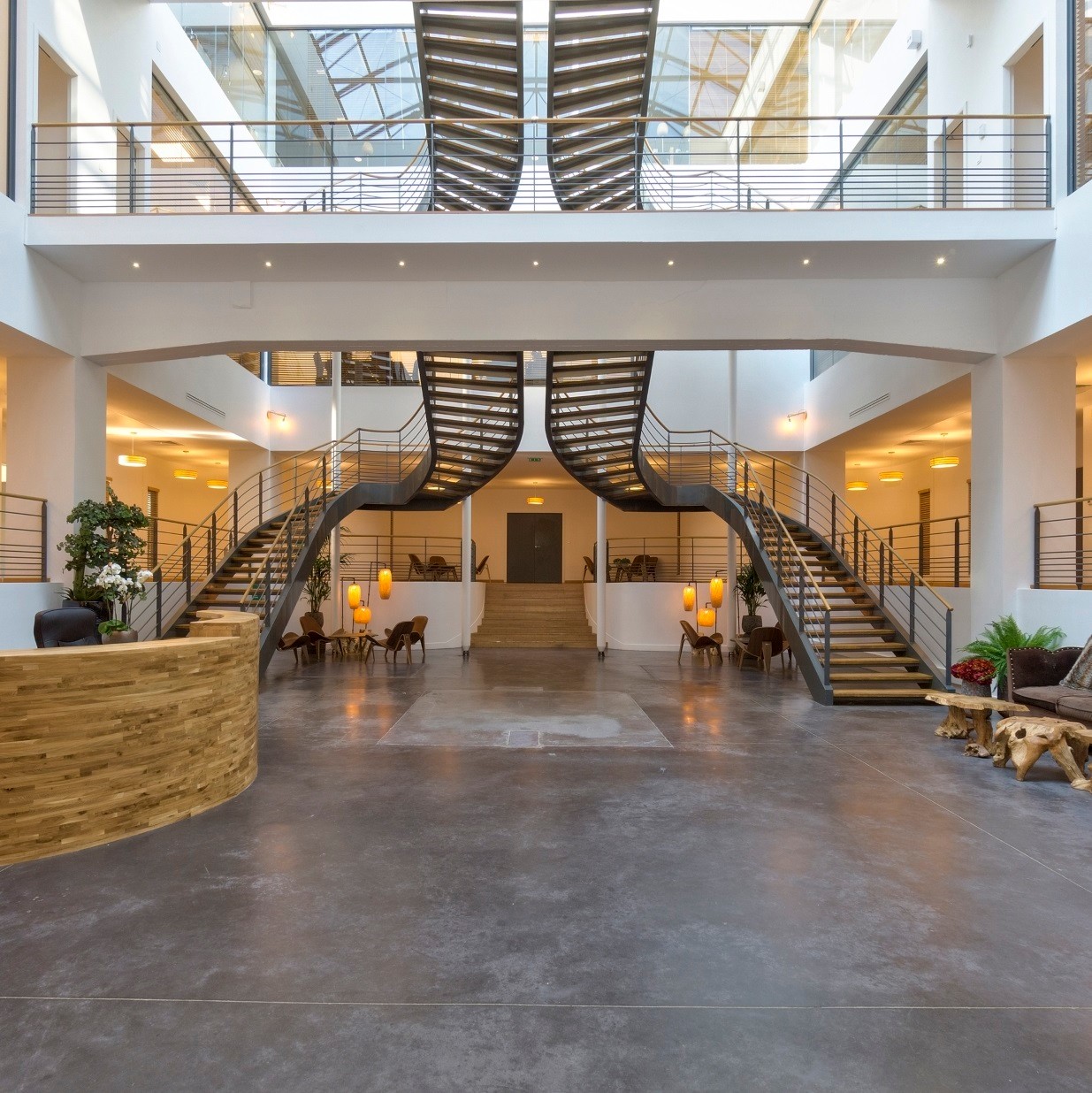 Serviceplan France, member of the largest independent European communication group of the same name, opened its new premises in the heart of the Village Delage in Courbevoie on Thursday 11 October 2018.

Courbevoie, 11 October 2018 — Serviceplan France, member of the largest independent European communication group of the same name, opened its new premises in the heart of the Village Delage in Courbevoie on Thursday 11 October 2018.

The communications agency, which brings together 250 employees from its various entities* under one roof, has recently established its French headquarters on a plot belonging to the Delage car factories, a French industrial heritage site.

Alain Roussel, Chairman of Serviceplan France explains: "Our premises at the "Cristallin" marks an important stage in the life of our agency, because this place is the very embodiment of the Serviceplan project. Its entire layout has been designed around the idea that relationships are at the heart of our business. In fact, everything has been organised to make interaction as easy and natural as possible.

The very design of the site, open and transparent, is perfect for encouraging togetherness and removing the temptation to work in isolation. Spacious and bright, this location is sure to inspire all our thought processes and unleash our creativity, but also promote everyone's personal development and attract new talent. Finally, its modular configuration fully responds to the changes and new challenges of the communication industry, which mean we must rethink our model every day".

The agency has a restaurant run by API, Chefs, gym, concierge, break out area and large co-working space, as well as an exceptional roof terrace measuring 1000 m2. This landscaped living rooftop offers an exceptional view over the La Défense business district and a 360° panorama at the crossroads of four Hauts-de-Seine towns: Courbevoie, Asnières, Bois-Colombes and La Garenne Colombes. In this eco-district-to-be, undergoing a complete urban transformation, the agency benefits from an exceptional location a few minutes from the train station of Bécon-les-Bruyères and the future station of the Grand Paris Express, making this site a fantastic long-term choice.

A past in industry ... a future in innovation

The Cristallin building, now occupied by Serviceplan France, has had several incarnations. Built on the former Constellation aircraft engine construction site for Air France (1949), the building was rebuilt with its current architecture in the 2000s and then occupied for about fifteen years ago by a subsidiary of Dassault, before Serviceplan chose to move there. After nine months of major renovations, the agency has retained the industrial soul and innovative spirit of the building's past, to become a company dedicated to the communication and creation industry.

Built on three floors, across an area of 5500  m2, the structure of the place extends symmetrically around a remarkable double central staircase. While the architecture has a highly graphic design, its geometry is softened by the curves of its fittings (handrails, stairs, reception desk), as well as by the choice of materials. Often wood is combined with metal and with a design that lets in an abundance of light, glass and cement cohabit harmoniously here. Window panels cover every façade as well as the interior walls of the building right up to a glass dome that truly creates a window to the sky.

The interior décor has been carefully sourced in an ethical, sustainable and responsible way. All the décor elements, bamboo flooring, blinds and screens, light fittings, seating and desks are made from wood dedicated to the manufacturing industry, from sustainably managed forests. All the earthenware pieces and painted cement tiles are unique, handmade in a traditional way using natural pigments. A lot of the fittings come from recycled elements. For example, all the scrap wood and plumbing pipes were transformed into handles, cupboard doors and light fittings. In addition, the site is now "low consumption", exclusively equipped with automatic LEDs and benefiting from high-level thermal insulation.

* The 250 employees involved in the joint success of Serviceplan France, are divided into; the advertising agencies Serviceplan and Serviceplan Health & Life; the media agency Mediaplus; the digital agency Plan.Net; the print and digital production platform Solutions; the audiovisual production studio Trinity Films; and other independent companies in the world of communication.