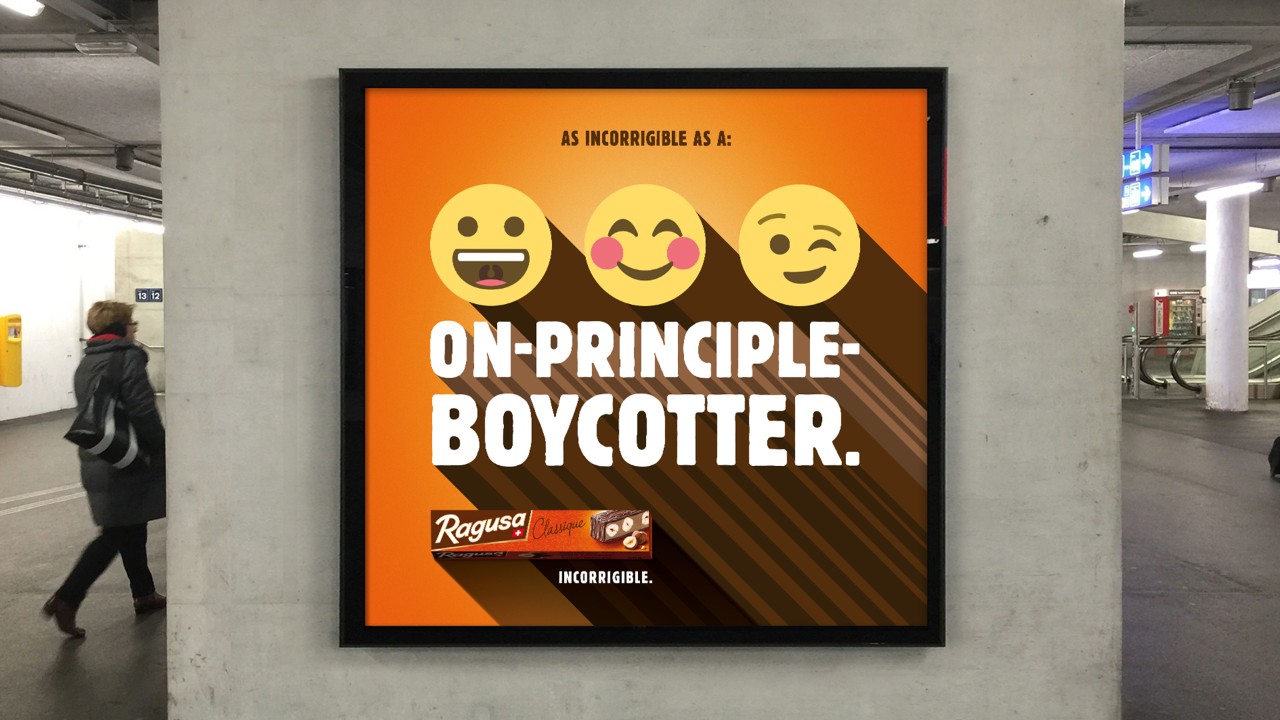 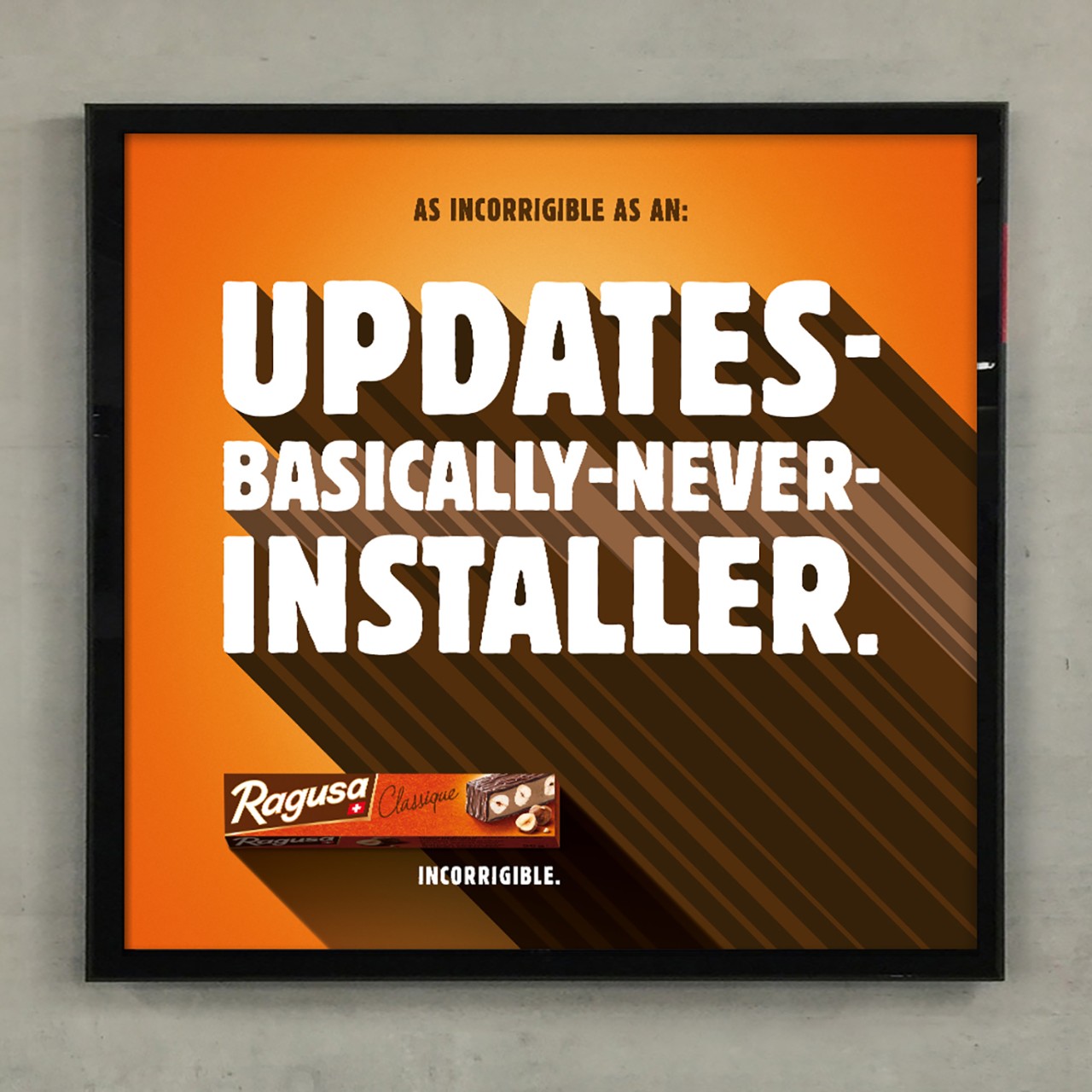 Geneva, 16 November 2018 – Ragusa is one of the most popular brands in Switzerland. The traditional chocolate produced by family company Camille Bloch was invented over 75 years ago, and has stayed true to itself ever since.

When you can claim such a strong brand essence as your own, it's an asset you don't want to give away. Ragusa's authentic character is placed at the core of the current brand communication. “Incorrigible” is the claim of the new campaign by Serviceplan Suisse that has been generating attention in Switzerland.

This new campaign features 4 films depicting humorous scenes of incorrigible people and titled; ‘Laptop’, ‘Lift’, ‘Meditation’ and ‘Supermarket’. The dictionary definition of an incorrigible person or incorrigible behavior being someone or something that is impossible to change or improve.  This repositioning of Ragusa stays true to the core of the brand, its enduring quality and traditional recipe.

“We wanted to show that Ragusa is just like all of us: not perfect, but full of character. Incorrigible, basically.” Said Serviceplan Suisse Executive Creative Director Raul Serrat. He added: “Ragusa is holding on to its authenticity – stubbornly, but with great confidence.”

The new campaign plays on Ragusa's originality, and the uniqueness of the people who enjoy it. From this initial thought, the team around creative directors Florian Birkner and Simon Staub developed a campaign that is just as original as Ragusa – with a new layout, attention-grabbing headlines, social media activities and 4 films.

With a cheeky sense of humor, the campaign brought everyday people and their incorrigible character traits to the fore, to strengthen the cult factor of the brand and bring to the attention of a younger audience. The films were made by multiple award-winning director John Grammatico, whose comic intuition enabled him to create short films that were just the right amount of weird to work well on social media. In a unique tonality, they presented everyday characters and their idiosyncrasies, with small stories taken from real-life that we can all identify with.