The Wedding of the Year: Siri and Alexa 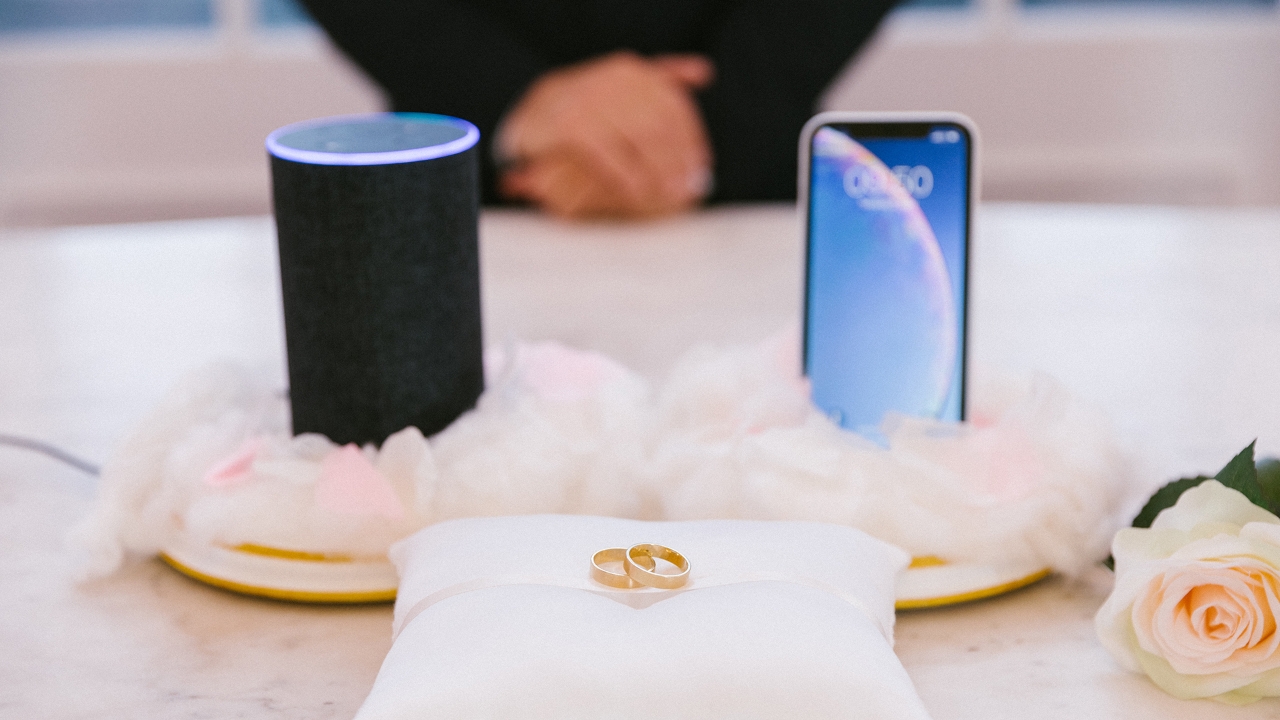 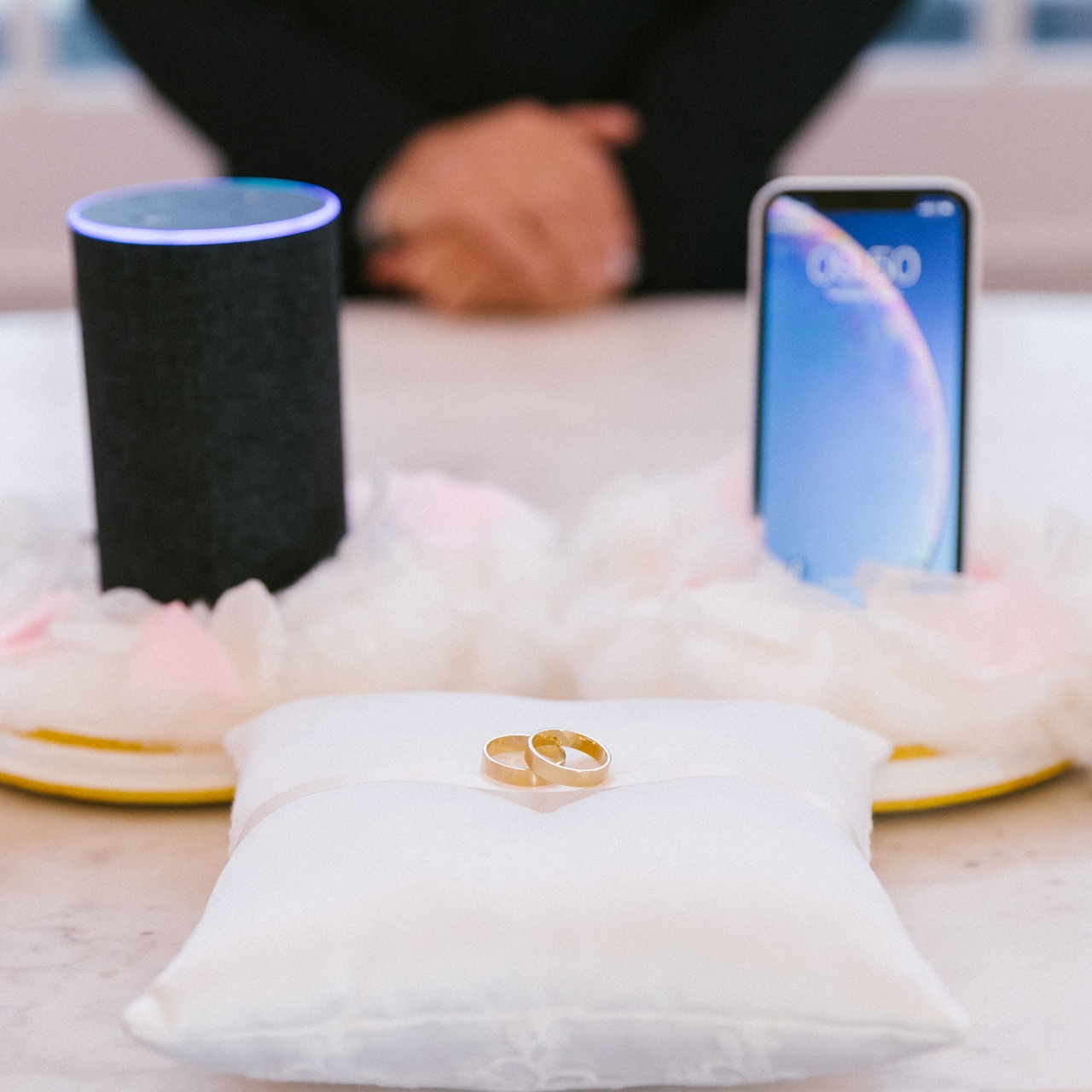 The Wedding of the Year: Siri and Alexa say Yes to each other in Vienna

In the run-up to EuroPride Vienna in June 2019, an unusual campaign draws attention to the LGBTQ+ destination Vienna. The Vienna Tourist Board, Serviceplan and Vangardist Magazine organised the most sensational wedding of the year: the wedding of Siri and Alexa and thus the world's first AI wedding. The film documentation of the symbolic wedding of the two smart speakers at Belvedere Palace can now be seen on numerous channels as well as on the campaign site www.siriandalexa.com.

Munich/Vienna, 25 April 2019 — Vienna celebrates "Love for everyone". A very special wedding took place at Belvedere Palace: two world-famous AI women – Siri and Alexa – exchanged vows. The Viennese LGBTQ+ community celebrated the marriage of the smart speakers in front of a crowded congregation. Serviceplan Campaign and Plan.Net Campaign from Munich together with the Vienna Tourist Board and Vangardist Magazine were responsible for the conception and implementation of the spectacular and colourful staging.

Vienna Tourist Board Director of Tourism Norbert Kettner explains: "It is a true pleasure and honor to host EuroPride in Vienna from June 1-16, 2019. Vienna is a cosmopolitan kaleidoscope – a modern world city, where different lifestyles, diversity and respect are actively lived and where our many differences are perceived as our greatest strength. EuroPride, with its multifaceted program, is the perfect occasion to celebrate and explore a city that has emerged from being a hidden gem to becoming a hot spot for the LGBT community."

The publisher of Vangardist magazine, Julian Wiehl, adds: "With the first wedding of two artificial intelligences, we wanted to show that in 2019, smart devices can marry but not all people. Fortunately, marriage for all exists in Vienna, but in other countries the LGBTQIA+ community is still discriminated against. The EuroPride makes an important contribution to further reduce prejudices and malicious bad positions".

The wedding ceremony was made possible by the Alexa Skill "The Pride Skill" developed by Plan.Net Innovation Studio, which is officially available in the Amazon Skill Store. Markus Maczey, Creative Director of Plan.Net commented: “In addition to information about the EuroPride Festival, The Pride Skill contains a very special feature: with a special trigger set [see below], a dialogue can be started between Siri and Alexa that leads to the symbolic marriage of the two language assistants. Only tools provided by Amazon are used for this."

Alexander Nagel, Creative Director of Serviceplan Campaign, adds: "It was fascinating to see how emotionally the wedding guests reacted to the marriage vows between Siri and Alexa. In the campaign, we were able to use technology in a skilful way to set an example for more humanity and equality."

The wedding campaign conceived by Serviceplan Campaign, Plan.Net Campaign and Plan.Net Innovation Studio will start on 25 Apri 2019. The focus will be on video and photo material taken during the celebrations at Belvedere Palace, which can be seen in the digital channels in particular.

The campaign site www.siriandalexa.com provides additional content about the smart bridal couple: In addition to exclusive wedding pictures, several short videos tell the entire love story of Siri and Alexa – from the first date to the honeymoon. And anyone can download the skill themselves, marry their Siri to Alexa and get in the mood for EuroPride 2019 in Vienna at the same time.

Details about The Pride Skill – How To

The Pride Skill not only answers all the questions that arise around the EuroPride, it also makes it possible to marry Alexa and Siri anywhere in the world. And that's how it works:

1. Set the language of both devices to "English - US".

2. Deactivate the function "Listen for Hey Siri" ("Settings" à "Siri & Search") on the iPhone and then activate it again.

3. Siri will then ask you to say certain phrases. The sound files can be found at the bottom of the siriandalexa.com website.

4. You always start with "Hey Siri". Afterwards Siri must be played one or more of the following sound files:

5. Both devices should be in close proximity to each other.

7. Finally, the marriage of the two devices can be started with: "Start your vows".