Serviceplan snaps up Dimitri Guerassimov and Fabien Teichner in France 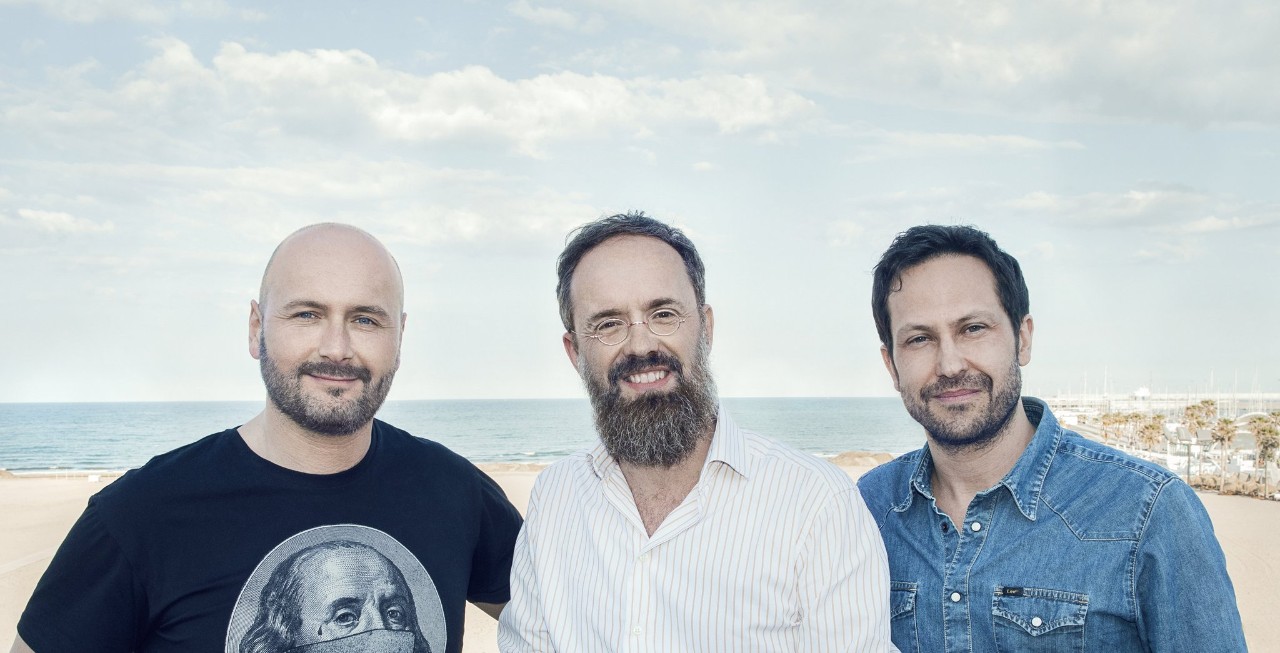 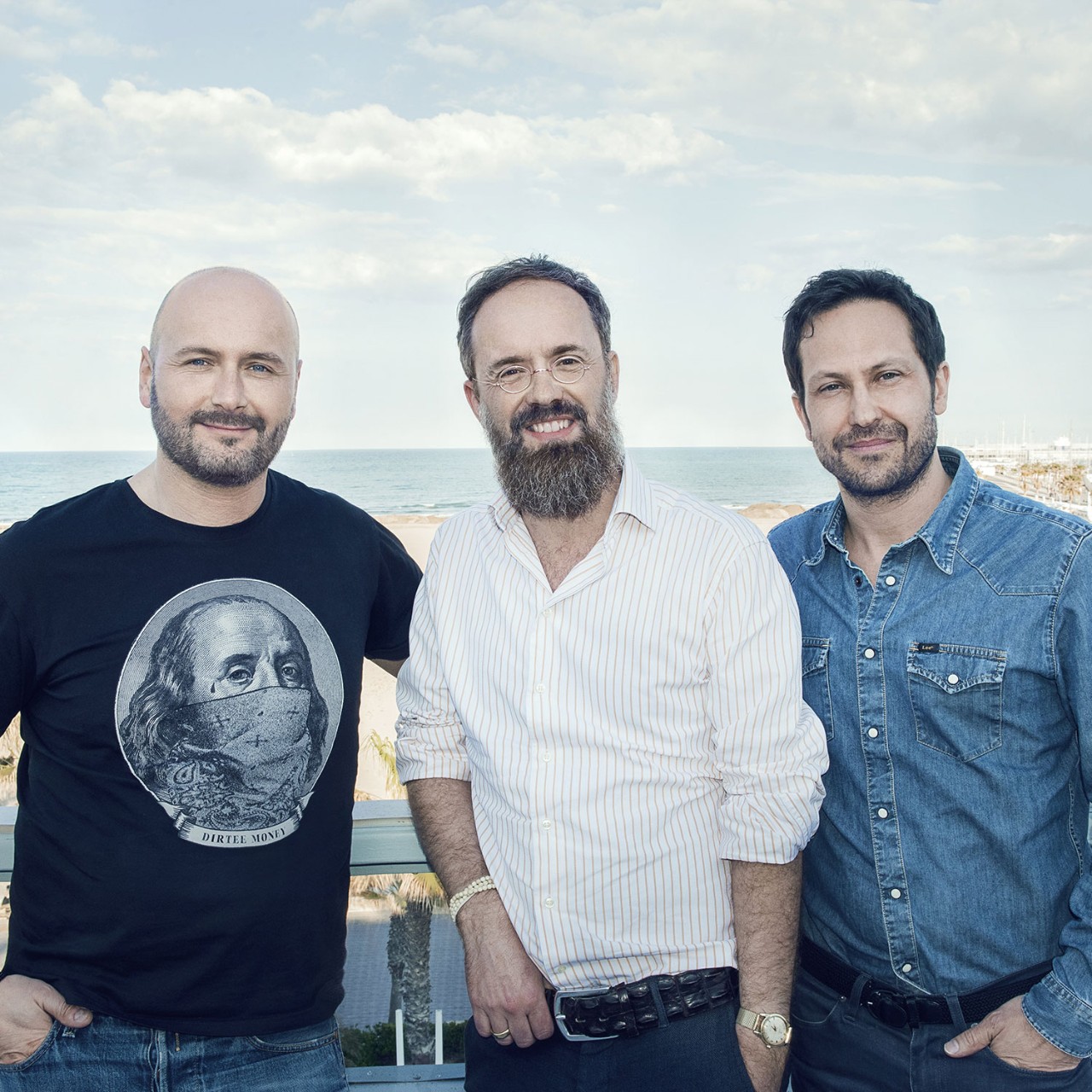 Serviceplan snaps up Dimitri Guerassimov and Fabien Teichner in France

The Serviceplan Group enhances its growing reputation as a global hotbed of creativity with the appointment of Dimitri Guerassimov and Fabien Teichner as Partners and joint Chief Creative Officer's of Serviceplan France.

Paris, 24 April 2017 — After many years of service to Marcel Agency, which peaked in 2015 and 2016 when, alongside Anne De Maupeou, Dimitri & Fabien’s creative leadership contributed to making it the most awarded French agency at Cannes Lions International Festival of Creativity for 2 consecutive years, the multi-award winning Creative Directors will embark upon a new entrepreneurial and creative adventure at Serviceplan France, alongside its President Alain Roussel. Dimitri & Fabien have worked with some of the biggest national and international brands including; Intermarché, Orange, RayBan, Diesel, Instagram, DS Automobiles, Volkswagen, Fiat, Brandt, GQ and National Geographic. Between them Dimitri & Fabien have ammassed more than 500 international creative awards, including the only 2 D & AD Black Pencils in the history of French advertising. As Partners and CCOs of Serviceplan Group France, Dimitri &  Fabien will embark on a journey to take the French arm of Serviceplan, Europe’s number 1 Independent communications and Innovation Group, to new creative heights on a par with the multi-award winning Serviceplan Germany. They join Serviceplan France at an exciting time for the company as it places more focus on the power of creativity and the enduring significance of ideas.

Dimitri & Fabien commented: “We feel that more than the beginning of a new chapter, this is a beginning of a new era. We are very excited to join Alain Roussel and all the Serviceplan France teams to work hard and try to match the amazing performance and success achieved by Alexander Schill and the teams at Serviceplan.“
Serviceplan Group global CCO Alexander Schill said: “I am super proud to welcome Dimitri and Fabien in our group. Not only will this be an extraordinary enrichment for the French office and its clients, but also a giant step for the international set-up of the Serviceplan Group.“

The Serviceplan Group is the largest independent agency group in Europe and the No.1 Agency in Germany. Founded in 1970 in Munich as a traditional advertising agency, Serviceplan today has more than 3,400 employees and offices in 36 locations worldwide. A beacon of creativity and entrepreneurialism, Serviceplan is the No.1 independent agency in Germany, and in 2016 ranked No.1 in the Horizont Creative Ranking; No. 1 Red Box Creative Ranking; and No. 1 BVDW Digital ranking. In 2016 Serviceplan’s award-winning campaign DOT, 'The First Braille Smartwatch' ranked equal No.9 in the The Gunn Report’s ‘All Gunns Blazing’ category.

Alain Roussel, President of Serviceplan France commented: “Dimitri & Fabien have been charmed by the unique nature of Serviceplan : its entrepreneurial spirit, the creative freedom it offers, its engagement with innovation and the power of its network. Their arrival marks our desire to accelerate the increasing power and reputation of the Serviceplan Group and its agencies.“

About the Serviceplan Group
The Serviceplan Group is the largest and most diversified owner-managed and partner-managed agency group in Europe. Founded in 1970 in Munich as a traditional advertising agency, Serviceplan today has offices in 36 locations worldwide and more than 3,400 employees whose work regularly wins awards at national and international creative competitions. As well as Serviceplan itself, the additional corporate brands within the Group – the media agency Mediaplus, the digital agency Plan.Net, and the market research institute Facit – also rank among the market leaders in their respective competitive environments. The precise interplay between the various specialist agencies – more than 45 in all – in matters of creation, technology and media makes Serviceplan the leading agency group for innovative communication. In order to guarantee outstanding performance in the execution of its campaigns, Serviceplan is represented with own offices in all significant economic areas in Europe, North America, the Middle East and Asia. The global network is called Serviceplan International.


About Dimitri & Fabien
Dimitri’s skyrocketing career in advertising began in 2001 as Art Director at BBDO Paris, and Fabien’s in 2000 as Copywriter at Y & R Paris. In 2007 Dimitri embarked on the wild adventure of building Marcel agency, where he later partnered with Fabien as joint CCO. At Marcel, Dimitri & Fabien played a vital part in building the Paris office, going from 18 to 200 people, nurturing a bold free-spirited creative culture, and raising the profile of prestigious local and International brands including; Intermarché, Orange, Diesel, RayBan, Fiat and DS Automobiles.
The passionate collaboration between Dimitri and Fabien, combining two unique yet complementary creative visions, has resulted in innovative and iconic work such as; Intermarché “Inglorious Fruits and Vegetables”, “Freshest Fresh Orange Juices” and “Sugar Detox”; Orange “Relock Love”; and Marc Dorcel “#Handsoff” to name a few. While shaking up and moving forward French advertising as a whole, the dynamic duo has won almost every award there is to win, collecting more than 500 globally recognized creative accolades, including 45 Cannes lions, the only French D & AD and D & AD Impact Black Pencils, OneShow Green Pencil and even the British Museum of Design “Design of the Year” Award.